The blurring of reality in a post-rational culture 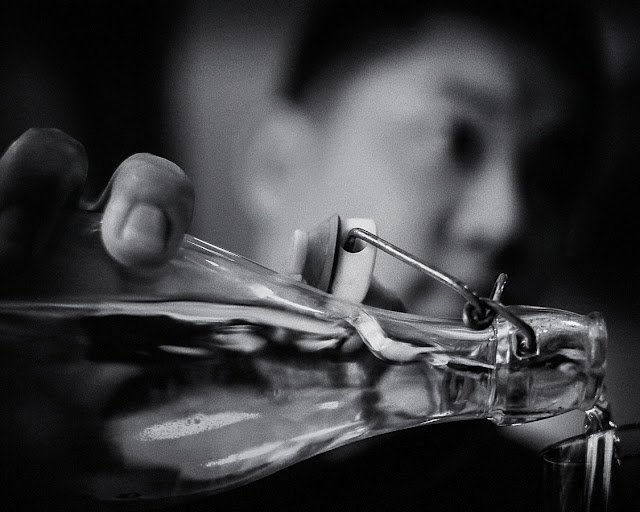 Adam:  Why are you drinking bottled water?

Dude:  Because I hate the taste of tap water.  Plus I want to limit my arsenic and lead intake.  Not good for you, y'know.

Adam:  Dude, the stuff is mixed with dihydrogen monoxide.

Dude:  Really?  Hey Waiter - give me something that can dilute dihydrogen monoxide.

The absence of necessity (ii) 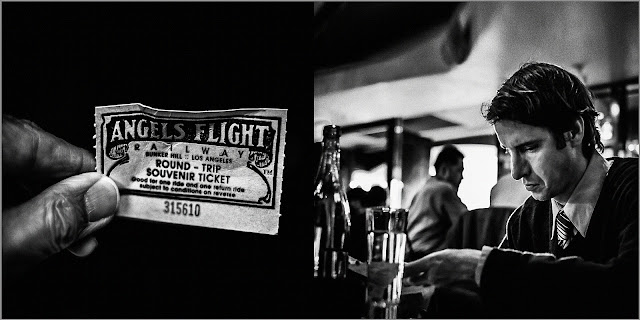 Best half a dollar I ever spent today. Yea, today... I'm wondering what it was that got me through.  The phone hasn't rung for a long time now.  When is she going to call?  Forget it.  Who am I fooling? It's been a week.  No, it's longer than that.  I could use another drink.
Email ThisBlogThis!Share to TwitterShare to FacebookShare to Pinterest
Labels: black and white, fujifilm X-pro1, portrait 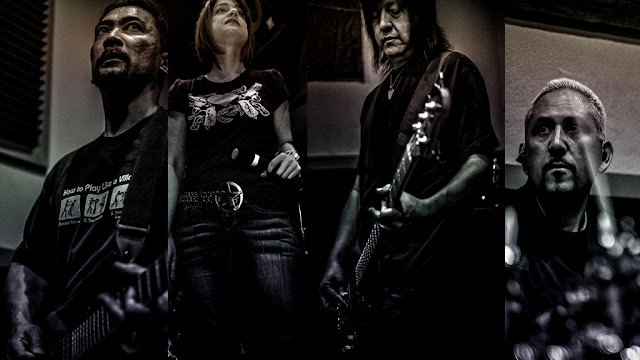 I just published my new photo book Rocktane. You could check out the link to view the book. [Click on the image to turn the page.] Please PM me if you or anyone is interested in purchasing the book. Thanks.

Livin' on a Prayer 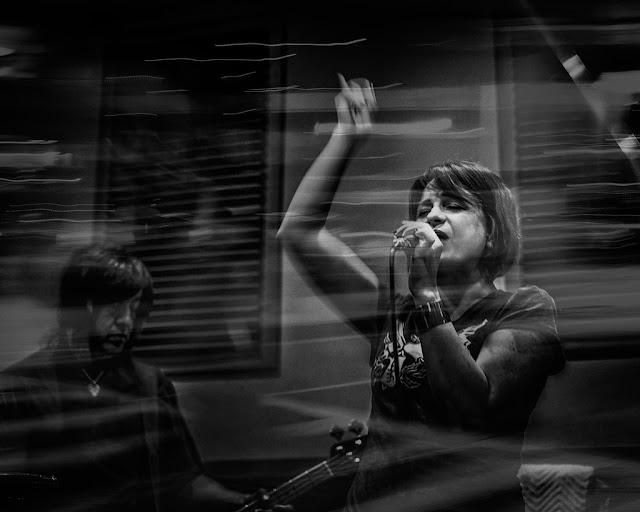 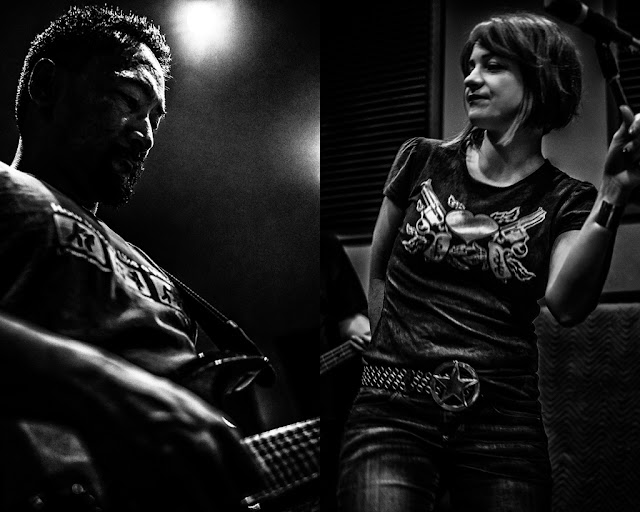 Are you a lucky little lady in the City of Light
Or just another lost angel...City of Night
(The Doors)
Email ThisBlogThis!Share to TwitterShare to FacebookShare to Pinterest
Labels: black and white, EF 17-40mm L, people, portrait

Shirley on Good Ship Lollipop and Discussions on Long Lenses 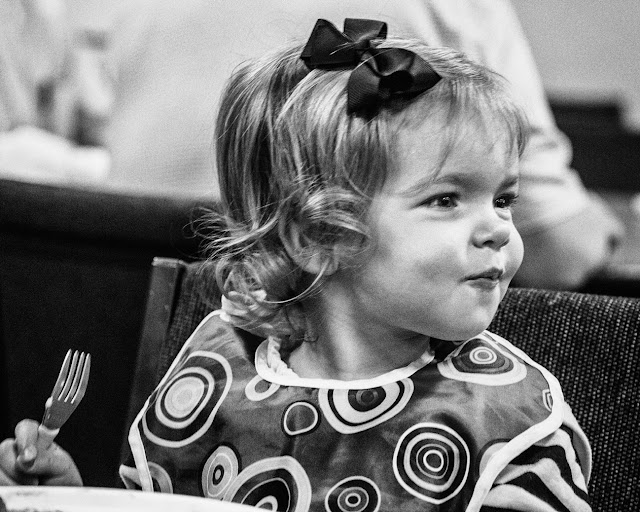 Shirley on  Good Ship Lollipop:  Mr Juzno, make sure you take this side.  It's my good side.

[Narrator:  This could have been taken with a cheap cell phone but it wasn't.  In truth the Canon EOS 60D with 18 mP and a long EF 70-200mm L series lens were used to capture this image.  Then the raw image was processed in Photoshop CS6 and rendered into monochrome using Silver Efex Pro.  Why am I making this comparison?  Because I wouldn't be able to charge $90 if I have used a cell phone.]

Oh the joy of having the perfect profile...

Glenn:  Yeah, I know how heavy the quality cameras and lenses can be.  I wouldn't want to lug it around as a senior citizen, unless perhaps I was in a wheelchair.

Juzno:  For the longest time, I debated about getting an f4 or the ridiculously expensive f2.8 IS.  But I think there's not much advantage using the wider f2.8 except when you need it to compensate for exposure.  At a very long focal length, you don't have much tolerance when you use a wider aperture -- a slight movement would make your photo out of focus -- that is why it needs IS.  The one reason you may want the wider aperture is to get a nice bokeh -- and the f4 can provide that because it is a long lens.  Even at f5.6, I can get a nice blur in the background.  My 2 cents.

Glenn:  Your 2 cents makes sense.  Have you also considered the hefty 70-300 f4 L IS lens, which is more affordable than the "ridiculously expensive" f2.8 IS?  I might consider it in a few years when we get a raise.

Juzno:  I think the longer the zoom, the more complicated the lens becomes.  In order to make the lens affordable, the manufacturer usually have to cut cost - and more often compromising the integrity of the product.  The 70-300 f4 IS may well be a good buy.  I've never researched it.  I personally don't like zoom lens.  I think prime lens are much better.  I bought the 70-200 because I needed the 200.  I already have a 135 L.  The ideal choice for me was to either get a prime 200 or a prime 300.  The problem I thought would be that for a prime long lens, I would have to take more steps forward or backwards to get the right framing.  At the end of the day, the zoom 70-200 made more sense for the type of photography I do -- which is basically candid people.

One thing to remember when you go for longer focal lenghts, you are probably going to need a tripod.  For one, it's heavy and would be hard to eliminate camera shake. [The IS will come in handy here].  At 300, a slight shift can throw off your framing.  Most sports photographers using log lens will also use a monopod instead because it's more mobile.  This and the IS I think will greatly improve your performance.  Now all these add up to your out-the-door cost because you will need a clip for your camera to attach to your monopod and it's not cheap.  Also, a decent monopod is also pricey - sometimes more expensive than a tripod.  Now I remember why I never bothered with this lens.  Maybe you do need a salary raise.