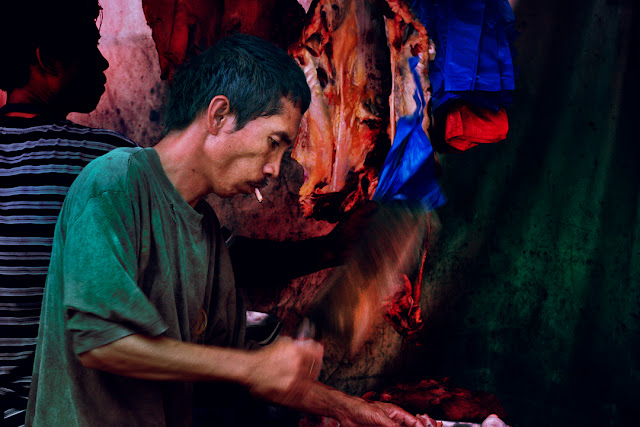 Rose recalled how her mom would buy the bones of a slaughtered pig, and cooked them with soup.  I believe the soup is called Bulalo. Sometimes there would be some vegetables but for the most part it would be just bones that hardly have meat and skin on them.  (Unlike the affluent version that has chunks of meat on it.)  There would be some bone marrow depending on which part you got.  Growing up poor, it was all they could afford but they all enjoyed the soup.
No comments:

A book about Hope: Angela's Ashes 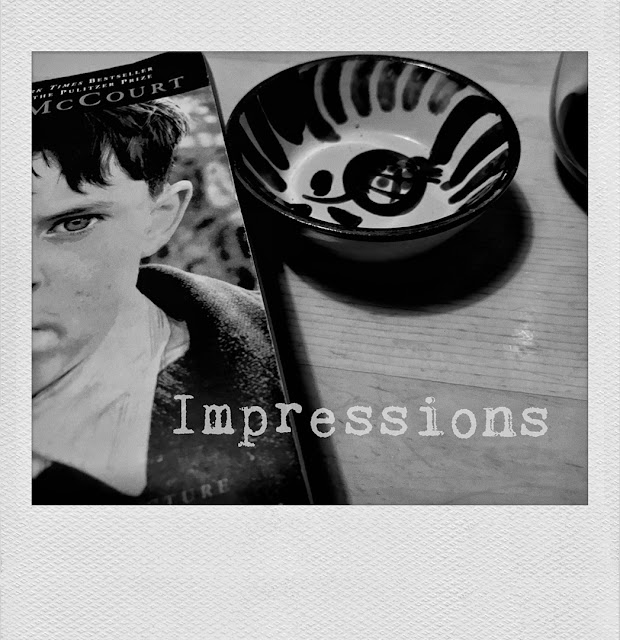 The book is not so much about Angela, the Irish mother of Frankie McCourt, but more about the author's own story growing up in Limerick during World War II.  I really enjoyed reading this book.  Found it years ago at our local library.  It was being sold for 25 cents.  It took about two years for me to pick it up to read, and realized what a gem was gathering dust on my book case.

"Mam says, Wait a minute sir.  Can you tell me who cleans this lavatory?

"Cleans?  Ah, Jasus, that's a good one.  Cleans, she says.  Is it joking you are?  These houses were built in the time of Queen Victoria herself and if this lavatory was ever cleaned it must have been done in the middle of the night when no one was looking. " - p112

I've never seen the movie, which the book was based on.  But I heard the movie was depressing.  I never got that impression from reading the book.  And so I highly recommend reading it instead.   It is brilliant and funny.  As a young lad, Frankie was already displaying wit amidst innocence.  I've read some of the book reviews, and most of them say that it's about a painful Catholic childhood in Ireland.  I think that would be an aspect of it.  But pains depicted in the book always seem to resolve providentially.  If anything, I would call this a book on Hope, Resilience and Optimism.
No comments:

Just to keep the blog alive


I really don't care anymore.  I have not shot images lately  because I am so discouraged.  I feel that there is no point in continuing with photography.  In the meantime, I will try to continue on with this blog using old image materials.  Just to keep the blog alive.  Maybe then my mojo will come back again.  Thanks for stopping by.

Without a doubt, the best model is the one who never complains.  The best choice would either be a mannequin or a statue.  The latter is a bit hard to get a close up shot unless one is using a zoom lens.  I usually don’t like to carry a zoom because it draws attention during street photo walk.

On one of my photo walks, I found Charlie inside the Bradbury building in Downtown Los Angeles. Bradbury was used as a set in filming the sci-fi movie Blade Runner.  Charlie didn’t seem to be auditioning for that film.  Although his bowler hat and walking cane would have added a certain twist to the futuristic movie.  He was content sitting on a bench.  Not sure who he was waiting for.  But I got to come close to him to get this shot.  He didn’t seem to mind.