What I want to be when I grow up 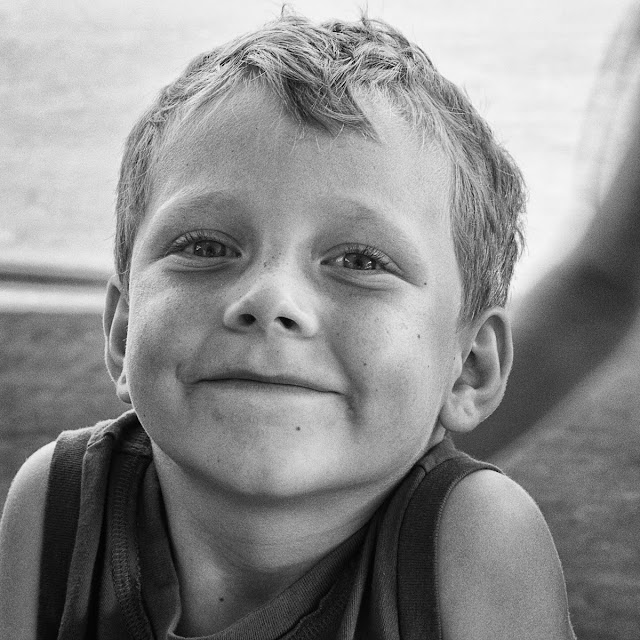 David:  Mommy, when I grow up - I want to be a rock and roll musician.

How I turned my artichoke lunch into art 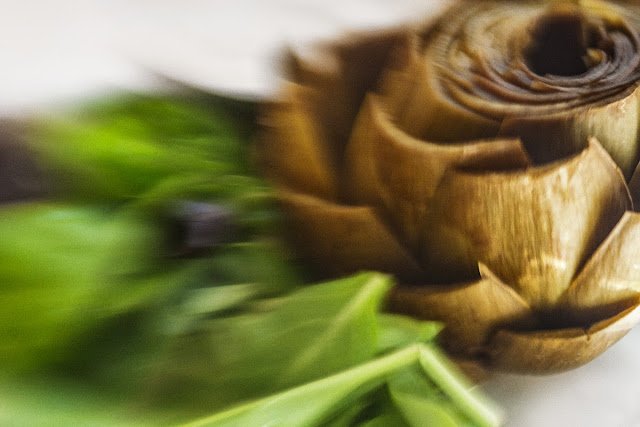 A rework of an oldie.  When I started to get serious into photography, one of the things I practiced on was the  food I ordered in a restaurant.  It was the perfect study.  The food was usually prepared well to look aesthetically appealing.  If I were to prepare it myself, it would be a disaster.

Shot using the Lensbaby.  I think I must have used a plastic optics set to f4 - my favorite aperture at that time. 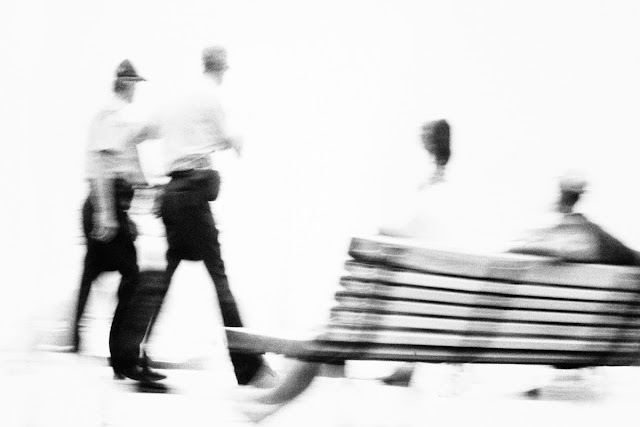 My Black and White Street Gallery 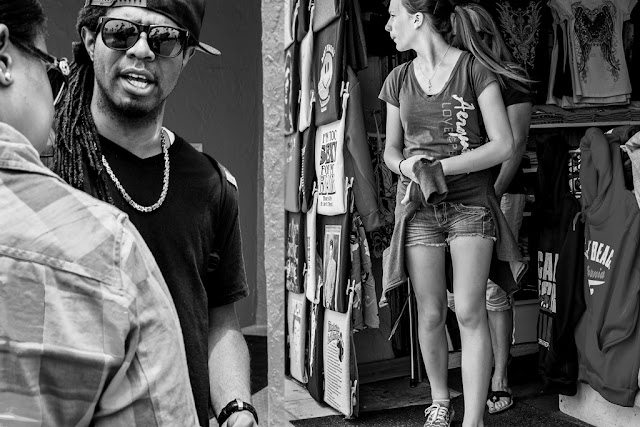 More available for viewing and purchase at Black and White Street. Thanks for visiting. 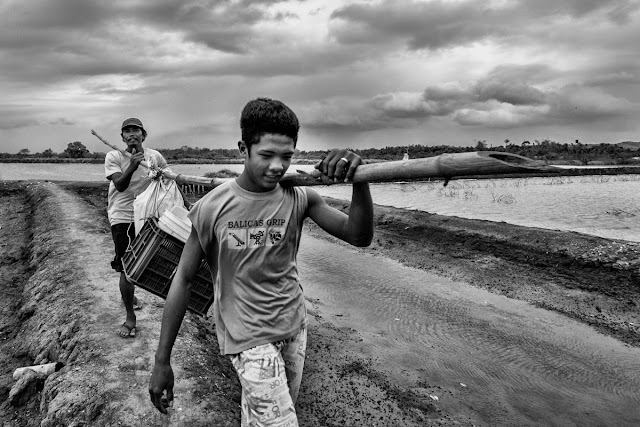 "The visuals of this photo have so many things going for it. The center of interest (the two men carrying a load on a bamboo pole) is strikingly positioned at the lower left golden mean. It is a much defined one and is without clutter. There are no other elements to compete with it. Although technically there is no layering involved here which would give the image more push towards the SP direction, it looks and feels that way. Perhaps it is the categorically defined perspective as shouldered by the elevated pathway these two men are treading on. The depth that it suggests is just delectably propitious. What is appetizing to see is the bamboo pole in a foreshortened state which also adds to the linear direction towards the vanishing point although in a beautifully curved aesthetic delight. The amazing visuals are actually contributed by the admirable contrasts of all the elements – the dark crop of hair against the gray clouds behind, the left arm happily standing-out both against black on the upper portion and against gray on the lower part. And these contrasts get to be repeated in all directions as if the hand of Michelangelo pressed the shutter with his magical brush! Now, sans the eye-draining excessive post processing, this image is so much like a good movie needing to be seen in a repeat performance from mall opening up to the last full show! An amazingly good job Rob Castro!"

The photo also appears in the main gallery of Black and White Street website for those interested. Thanks for looking and liking.

One of my July sales 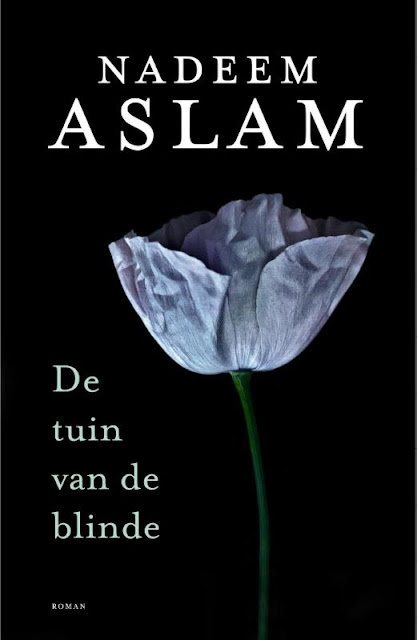 My photo made it as a book cover to Die Tuin Van Blinde. Yay! 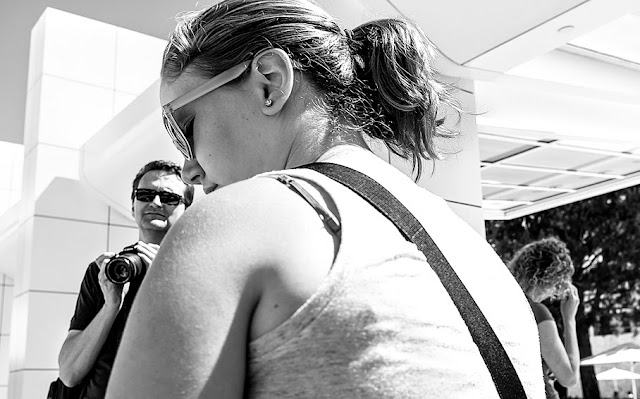 Steve on Politics:  "I was a Republican who voted for Reagan and Bush Sr. and Bush Jr.  That was the last time I voted.  I would have voted for McCain but he was creepy.  I didn't want Romney because I didn't like his hair style.  No, I just won't vote anymore.  The way this country is going, I think I will join the Communist party and move to Sweden."

Steve on Relationship: "I tell my daughter that she should only marry for the right reason.  What's that?  I'm not sure but she will find out when that time comes."