I've work on this so many times that the various versions began to blur one another.  Perhaps I was influenced by the Dutch masters during my recent visit to Norton Simon Museum.  Or was that the finale episode of Harry Potter?  Somebody told me it would be a cool cover for a Stephen King book.  I'm thinking more like Aesop's Fables or an introduction to Dante's Inferno.  Heh.  Hope you enjoy.
No comments:


Yesterday was Rose's birthday.  So she took the day off.  I also took part of the day off.  We had lunch at Old Town Pasadena (I forgot the place but it was Italian and they have a couple of glasses of great Pinot Noir -- asked the waiter what it was and he told me it was Hahn -- that for some reason I remember).  We headed to Norton Simon Museum.  We've been there so many times and I always see this family at the gate.  I decided to document this family but I'm not sure who they are and who created them.  Somebody reading this - please let me know if you do.  To the artist, I apologize for not giving you credit.  I do give credit to my immediate boss at work for his words and penmanship that appear on this image.  I wonder if he'll recognize it.  Cheers. 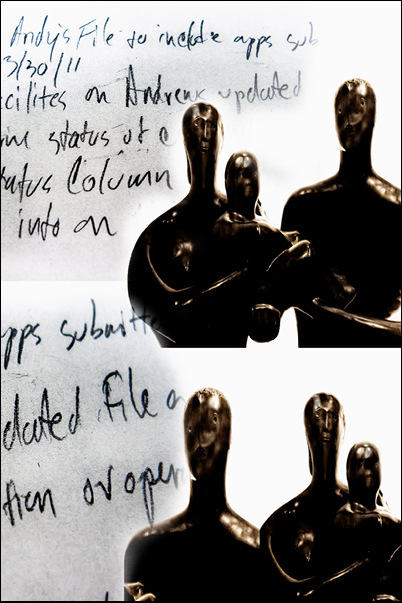 Before the Storm (ii) 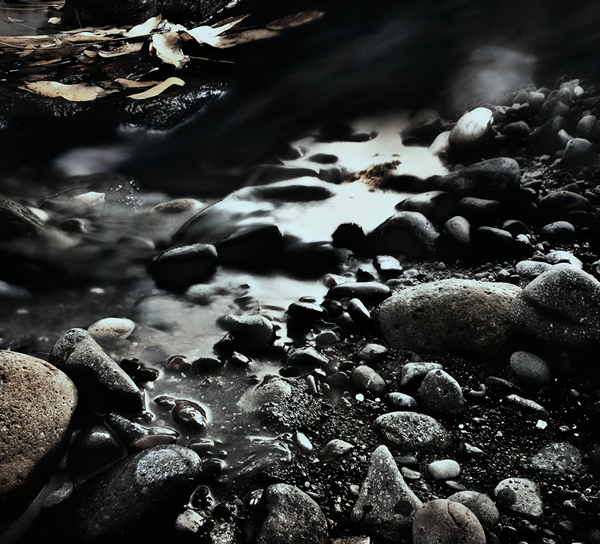 Email ThisBlogThis!Share to TwitterShare to FacebookShare to Pinterest
Labels: angst and uncertainty, portrait


I really like taking candid photos of people.  Geoff doesn't realized that I captured his image while he was talking to my daughter.  Maybe now he does.  Heh.  We see him here wearing a blazer and a tie.  Very GQ.  And the outfit really looks good on him.  But in reality he hates suits and ties.  Probably the only reason he wears them is the dress code for elders in our church.  In a few years, he'll be retiring from serving as an elder and for sure he'll ditch the outfit and go back to short sleeve oxfords and perhaps a James Dean jacket in case of cold spells.  He really is a cowboy in a twisted kind of way.  Actually, he takes care of his cows - that is milk producing cows.

This was taken inside the church kitchen, which surprisingly has great lighting.  The windows opposite him and the lights above provided the soft lighting for this shot.  You can see some reflection on his head, and his face has enough shadows and highlights that I think make this photo work.  Considering that he is wearing  eyeglasses, I'm surprised to see that I can see enough details on his eyes.  Usually, it's hard to get good definition on portrait shots with people wearing eyeglasses because of the reflection.  I think because his head was facing slightly side way help avoid any harsh light from the window that may have added unwanted reflection on his eyeglasses.  Also, since he is looking to his left -- this and the combination of his broad shoulder help create a nice masculine appeal.  (They say it's the opposite for women.  You want them looking to on the right.)  The details on his hand is awesome.  I love that you can see the knuckles.

Everything was shot manually - focus and exposure.  Not much post processing was done except tweaking the curves and employing noise reduction in Lightroom 3.4.1.  I used to avoid shooting over iso 400 but with LR, I'm able to easily remove noise at iso 1600.  Conversion to BW was done using Color Efex.  Typically, I use Silver Efex, which is great for vintage film effects,  but for this one I wanted to get a more modern BW look.

Polikwaptiwa (Butterfly Sitting on a Flower...)


She looks like a Native American Indian in this picture.  Maybe she is or was...

Taken with the 5d and the Lensbaby double optics f5.6 at 1/40 and very high iso (1600 or higher).  I'm not really sure why I'm indicating the exif data here as I know most people reading this post don't care.  Maybe in case I forget I know where I could find the data.

This is another re-work of portraits that I'm studying.  A couple of years ago, I have entered an early version at one of Lensbaby Speed Challenges, and it won first place.  (No prize money, just bragging rights.)  That version is buried somewhere in the thread.  I wish I still have the original file so I have more information to work with.  The image above was reworked from a 450kb jpeg file.  I stretched it so I may be able to offer it to Arcangel-Image or some book cover deal.  Dream on baby.. heh.

Waiting to be found

This is another rework. The early version was processed using an antediluvian version of PS. This time I applied curve mask layers so get more nuances out of the original. Part of the deal of me getting back to BW photography.

The image was made by multi-exposing the trees three times. Because the Holga uses 120 formal film roll, I was able to blend the three exposures in-camera. In other words, the result here was not digitally manipulated.


The Holga Wide Pinhole Camera (WPC) can provide a wide panoramic at 120 degrees. It comes with masks for both 6×7 cm or 6×9 cm images. For this image, I didn't use the mask so I was able to extend the panoramic view. Whoo-hoo!


I used a tripod for this shot. The cool thing too about the camera is it has a tripod thread, which is nice for very long exposures, such as this one. It must have been about 5 seconds or longer.


There is a myth about pinhole cameras that they only produce dreamy and fuzzy images. Obviously, this is not true.


Lately, I have an inkling to get back to BW photography.  There is something magical about it.  I think when done right, the photos come out stronger and powerful.  There is also a sense of timelessness.  Like remembering something from a dream.  That's probably because most of us dream in BW.

I needed to practice my BW shooting so I took the 60d and the 100mm Carl Zeis to church.  I spotted Kevin playing with his son after morning service.  Most of the candid shots were botched, and this seems to be the only one that was salvageable.  It's not a strong image in my opinion but I feel there is still some universality to it -- something that I always strive for in my images (reclaiming the particulars to create a universal).

What the heck do I mean by "reclaiming the particulars to create a universal"?  That's for another posting.  Cheers.
. . .
No comments:


Remembering the island she loved.


I just happened to be there at the right place and the right time.  I believe the men are all in one family.  Interestingly for me, the ages of the men appear to decrease from left to right - which tells me that the left guy would be the father and the right guy would be the youngest son in the picture.  I posted this in Flickr and entitled it "Fishermen Family Dignity" because that is how it looked to me.  I'm sure other people will interpret it differently.  But what I like about this picture is personally it seems to convey to me some kind of universality.  Something I always try to strive in my images.


I've reworked this using curves mask that I just recently learned.  This time I just used curves instead of Silver Efex pro.  See the original post.  I still like the original as it conveys a lot of drama.  But that's not how it really felt like when I was there.  I think this reworked version seems to be more faithful to the mood at that time.  Not necessarily how it looked like but the ambiance was more serene.


The yellow poppy was captured indoor.  I snuck it from outside my work place and brought it back to my office.  The poppy is wild here in California so it immediately withered before I could take a shot of it looking fresh so I inverted it and let it dangled behind a black folder.  I didn't use any flash.  No tripod either.  Hand-helding was such a pain that I have to shoot several images until my arms cramped.  The original image looked prosaic but I was able to bring out the texture using luminosity mask in PS - a  new technique that I learned so I applied it.

The Zen of False Hope

“The word is only a representation of the meaning; even at its best, writing almost always falls short of full meaning.” - from On Writing by Stephen King 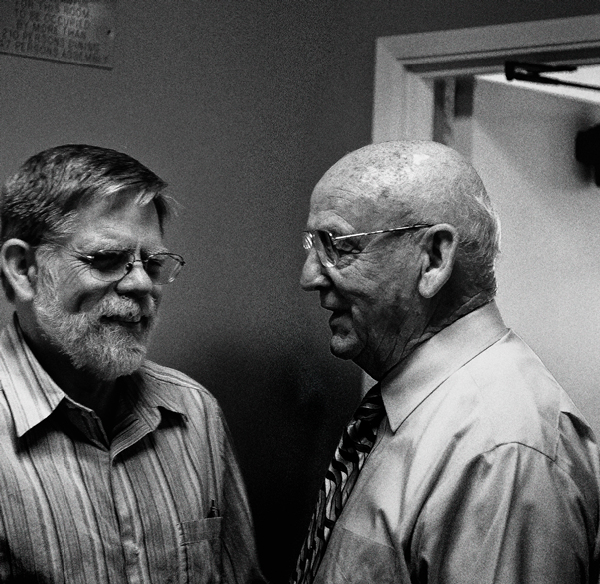 Can you hear me now 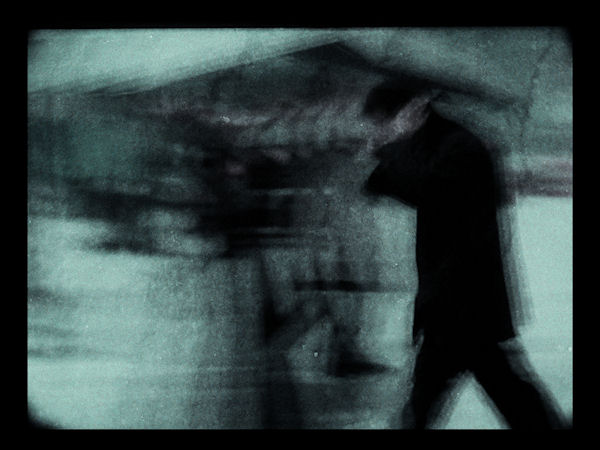