There is always Chinatown 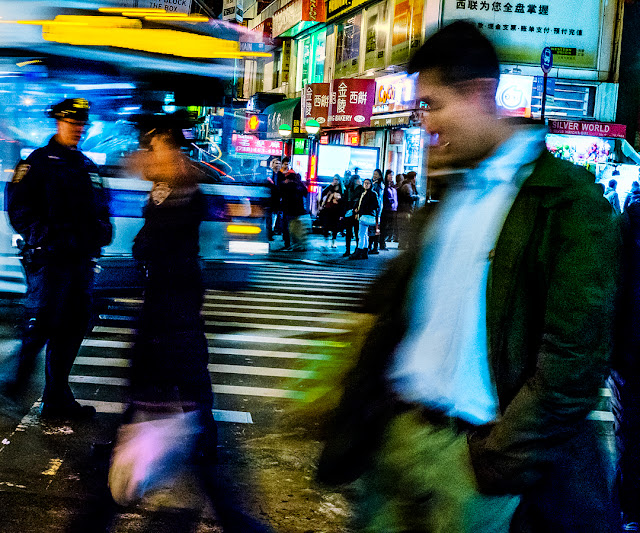 In every city of the United States, there is always a Chinatown.  Not sure about Europe.  But there was a Chinatown that was a stone's throw away from our hotel when we were in Sydney.  Chinatowns are fascinating in a peculiar way in my opinion.  Walking through the streets feels like I'm on a different country.  Majority of the signs are foreign to me.  The smell is different.  The food is also different.  Which is why I probably got sick a few days ago.  Juzno might be taking a short break in blogging until he gets over the Chinese bug.


Arnold Abner Newman (3 March 1918 - June 6, 2006) was an American photographer, noted for his "environmental portraits" of artists and politicians. He was also known for his carefully composed abstract still life images.

Are you dreaming my memory? 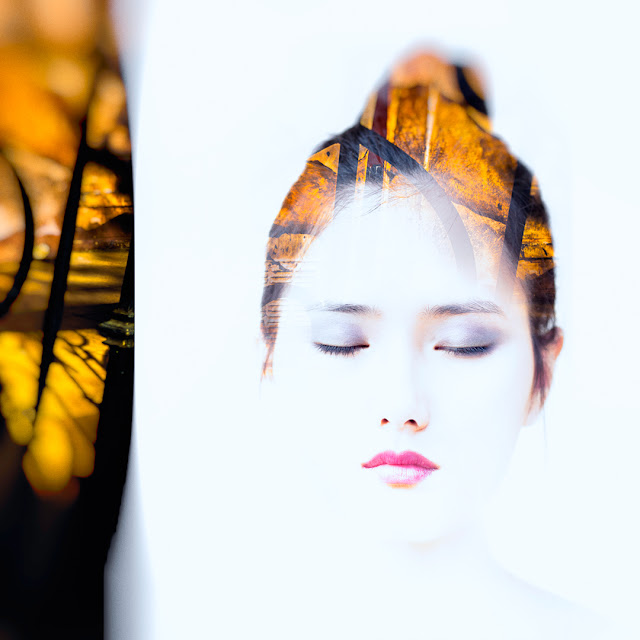 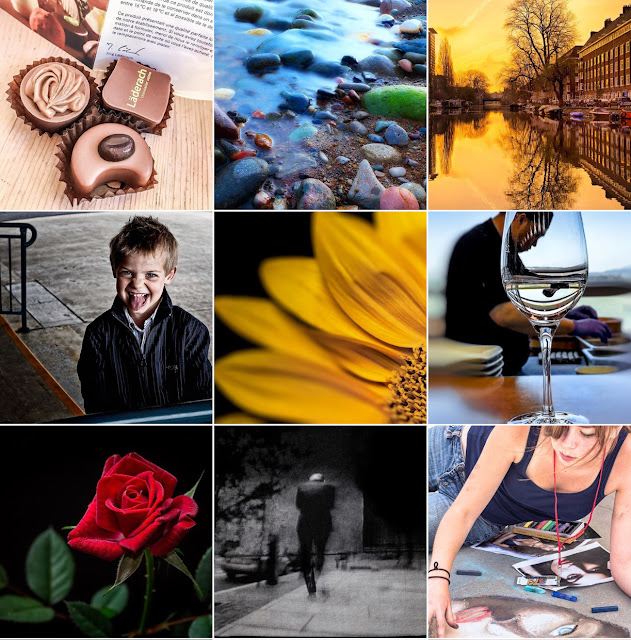 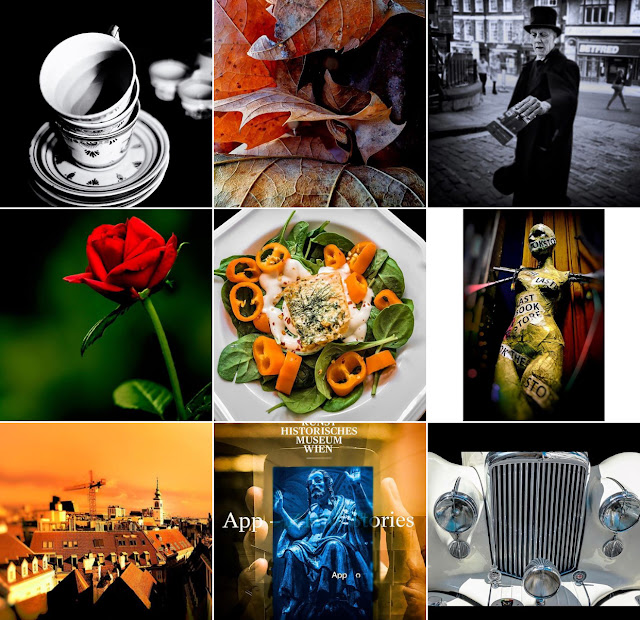 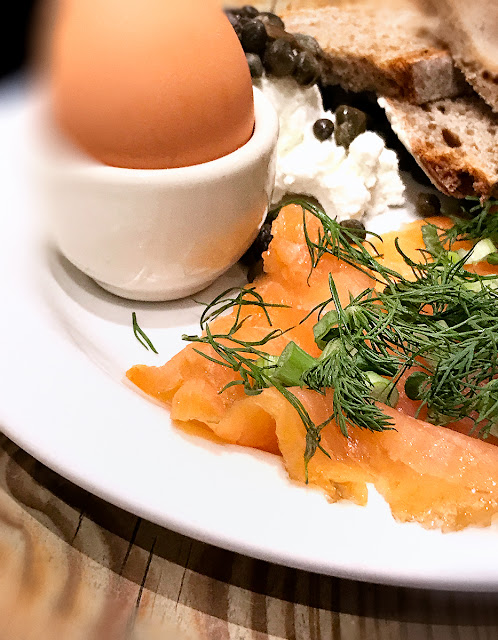 There is a lovely place in Old Town Pasadena called Le Pain.  The food is mostly bread and some veggies.  I believed it's patterned as a French Restaurant.  Like a true French, one must have wine.  The Smoked Salmon is exquisite.  Coupled with coffee, the breakfast is a delight.  To finish off, I recommend their a chilled Prosecco.  Hey, it's five o'clock somewhere.
Email ThisBlogThis!Share to TwitterShare to FacebookShare to Pinterest
Labels: blur, food, iPhone, still life, urban 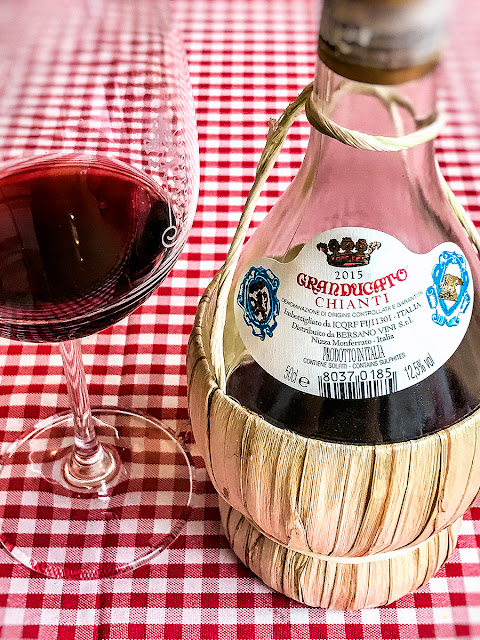 This was the wine pairing with the Taglierini Pasta we had in Lago Maggiore.   I don't think I could take the bottle of wine with us so I decided that I would document it with the iPhone.  Besides I finished the entire bottle so it would look a bit funny carrying an empty bottle of wine in the tourist street of Northern Italy. 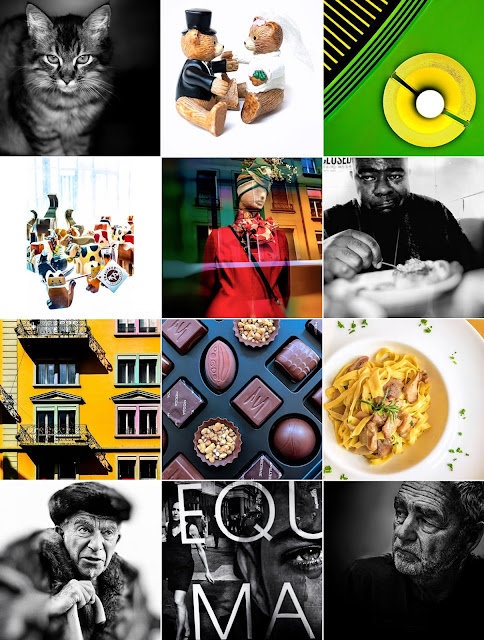 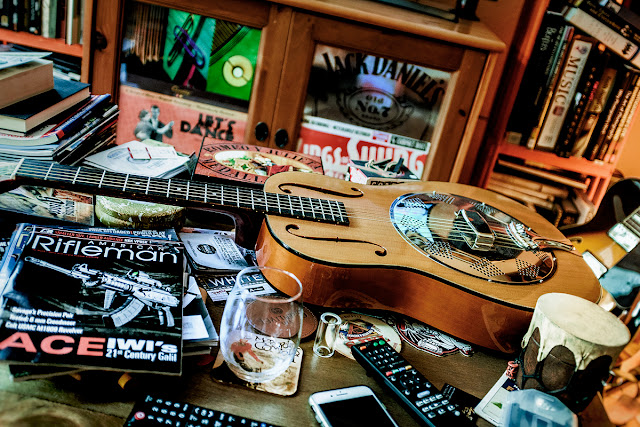 I do most of my creative thinking here.  I'll pick up the guitar and play a few riffs.  I'll read books and magazines.  I'll play the tribal drum.  I'll drink my wine.  When I get tired, I'll turn on the smart television and watch YouTube or Netflix.  Or I'll put on Miles Davies.  Or the Doors.  And maybe follow it up with Erik Satie.  It's a disorganized place where my bitter-sweet sentimentality drifts until it's time to feed our dog Mimi.

'Til Death Do Us Part 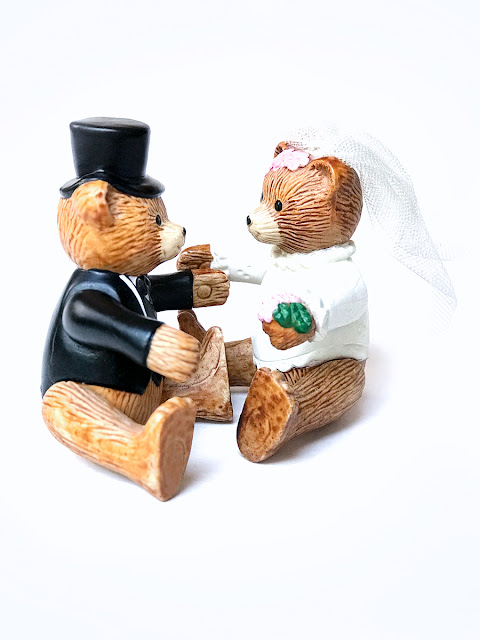 I now pronounce you, Bear and Wife.  You may kiss the bride.
Email ThisBlogThis!Share to TwitterShare to FacebookShare to Pinterest
Labels: iPhone, still life 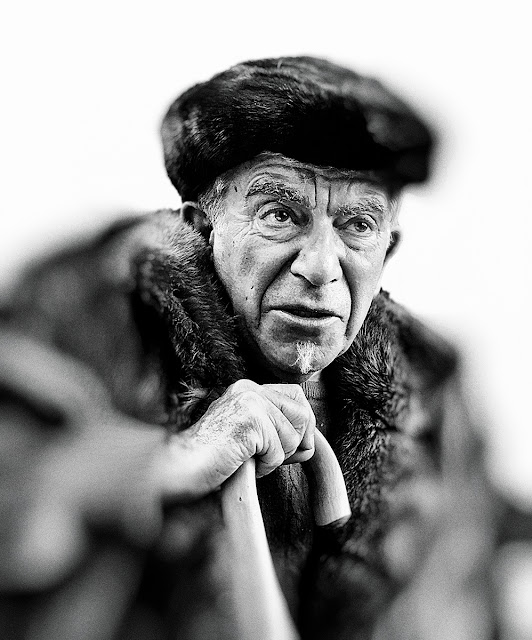 We were on our way to St Moritz  on a train via the Bernini Express.  The Jewish Liberace was sitting with me.  He had been telling tales of his adventures in Switzerland, and how he and Freddie Mercury went to school together in London.  He said that Freddie had been given a traditional Indian burial.  I thought he was Persian I told him.  He said, yes, yes, quite right, his skin color is lighter.  I knew that he would tell things that are incredulous.  He said he used to live in Los Angeles and was a hair dresser for some famous Hollywood celebrity.  I don't remember her name.  Then without missing a beat, he lifted his left cheek and farted next to me.  Right then, I knew I had to leave.
Email ThisBlogThis!Share to TwitterShare to FacebookShare to Pinterest
Labels: black and white, blur, iPhone, people, portrait, Switzerland, Trafalgar, travel 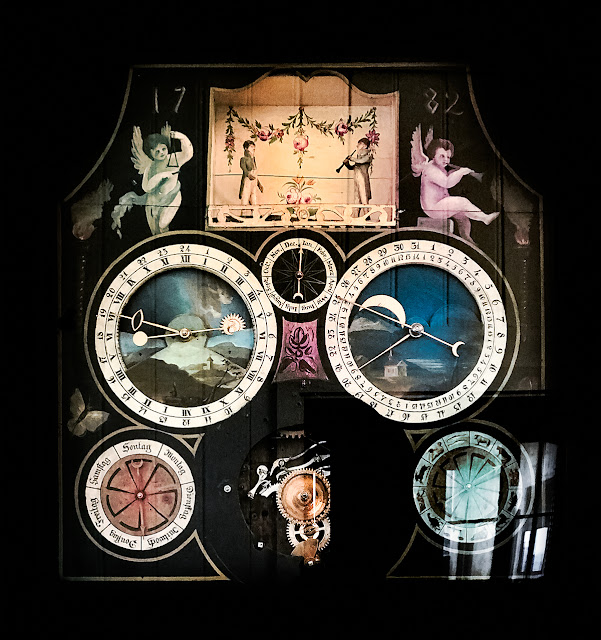 I thinks it's an Astronomical Clock.  As I mentioned in my previous post, the Swiss Woodcarving Museum in Brienz is the first museum in Switzerland dedicated solely to the art of woodcarving.  This however was one of the displays that was not made entirely of wood.  I just thought it looked cool so I snapped a picture of it.
Email ThisBlogThis!Share to TwitterShare to FacebookShare to Pinterest
Labels: iPhone, still life, Switzerland, Trafalgar, travel 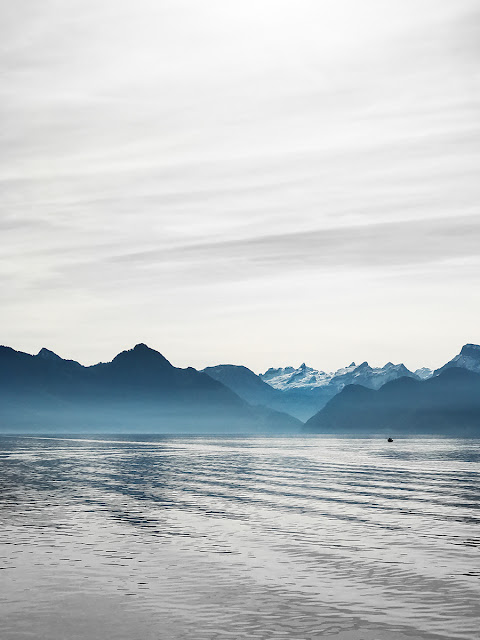 Shot on a boat ride on the way to Stansstad.  I don't have a knack in taking landscape images so this is the best I can do.  Plain and simple.  I do like the tranquility against motion in this image.  The boat ride was smooth and the wind was very cold.  In about an hour, it would get even colder as we head up to snowy Stanserhorn. 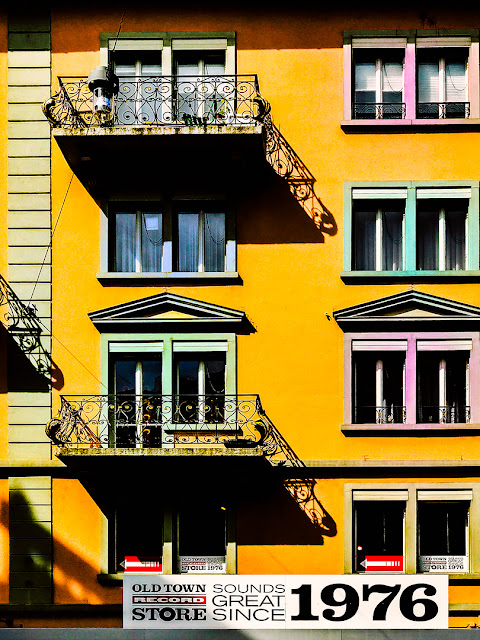 Of all the places we've been to in Switzerland, I think Lucerne is the one that has the most diverse culture.  They say that it is a nexus of economics, transportation, culture, and media.  What I found fascinating was the mix of 20th century and 19th century culture.  For instance, this record store still sells vinyl records.  I didn't buy any because my player was broken but I did purloin some stickers to decorate my luggage.

And then there is Stadtkeller, where we went to one night, is a music restaurant in the city's old town where entertainers sing folk songs and invite the audience to do the chicken dance and blow the Alpinehorn.  I was fortunate not to be chosen to do that.  I was put onstage however to yodel.  The hostess thought my name was Alan for whatever reason.  I didn't correct her in case I embarrassed myself. 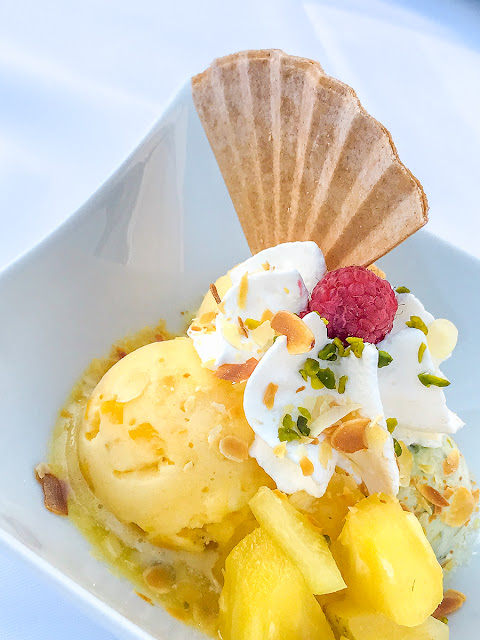 Heavenly.  That is what the experience of eating ice cream is like.  More so with this.  I must admit that I am more of an ice cream person than anything else.  I hate cakes.  I don't like candies.

We were still in Lucerne  - enjoying the pineapple and pistachio mixed into the ice cream at some porch in a restaurant.  I noticed at this place that they put a shell on top of every ice cream flavors.  I was told some time ago that the shell was the symbol of purity and holiness. Perhaps the Swiss believes that their ice cream is pure and holy.  Maybe that is why they put a shell on everyone of them.  I think I'm right. 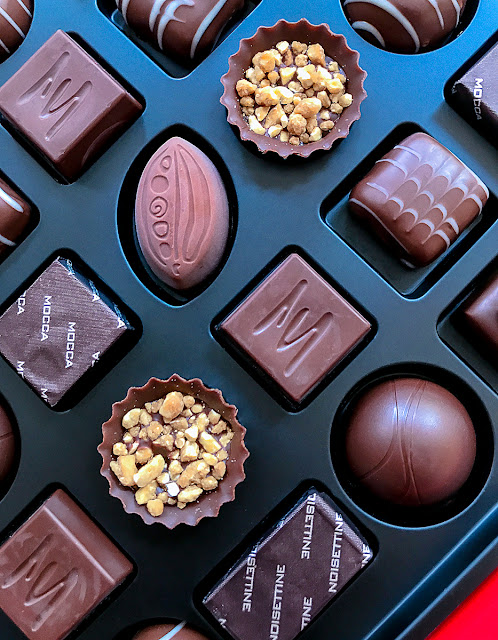 Rose bought these Cailler chocolates when we were at Lucerne at the recommendation of our tour director.  I didn't really like it as much as the Laderach.  The Cailler seems more refined but I dig the roughness of the Laderach.  It is more robust.  Both chocolate brands do make good subjects for photo ops. 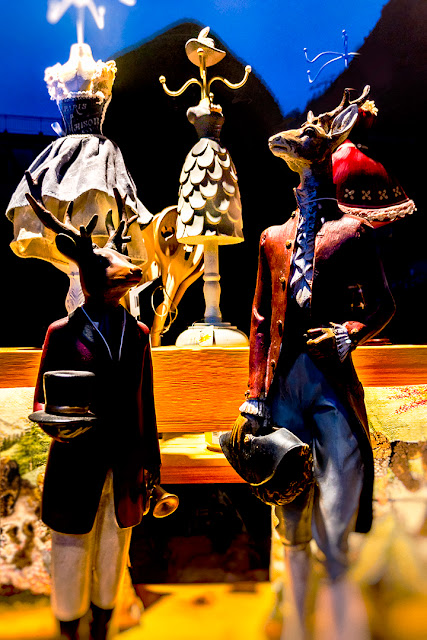 I didn't see wild deers in Zermatt.  But I did bump into civilized Deer Gents.  They are well educated and cultured.  They drink high tea in the late afternoon or early evening, typically with a cooked dish, dry hay and butter.  They speak Swiss-German, Italian and French.  They also speak Romansh, an ancient and mysterious tongue I'm told - spoken only by a few elites that no one else understand.  The gents also  trim their antlers everyday as they can't grow a distinguished mustache like their European counterparts.
Email ThisBlogThis!Share to TwitterShare to FacebookShare to Pinterest
Labels: blur, iPhone, still life, Switzerland, Trafalgar, travel

The Madonna of Brienz 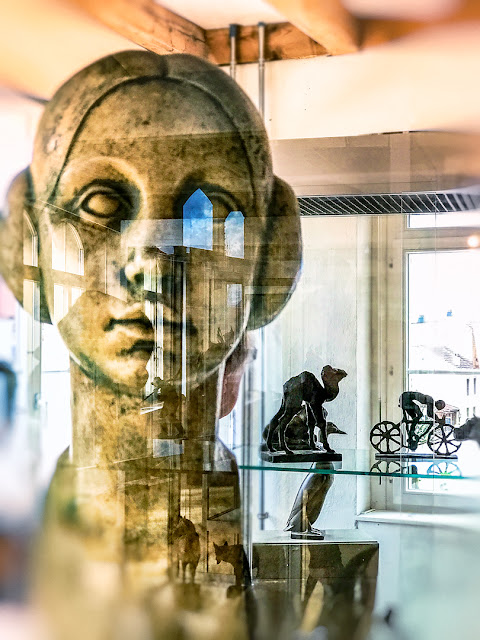 Brienz is renowned as a centre of excellence for woodcarving. Location to Switzerland’s first ever Woodcarving Museum.  Years ago, there was a great flood and everything in the museum got washed away into the lake.  This  head statue was one of those that were recovered.  As one can see, the piece is still in very good shape.  It must be the very clean water in Switzerland. 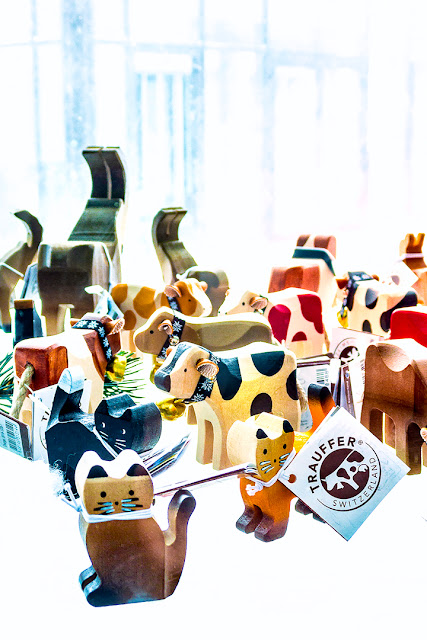 Our trip to Matterhorn was cancelled because of an avalanche.  We decided to make use of the day by going to Gornegrat.  It had been snowing very hard that there was nothing to see outside except all white.  We ended up staying for just an hour.  The train ride to Gornegrat took longer than that. I manage to take a picture of these miniature animals.  Behind is the window that's covered with snow. Let it snow.  Let it snow.  Let it snow.
Email ThisBlogThis!Share to TwitterShare to FacebookShare to Pinterest
Labels: iPhone, still life, Switzerland, Trafalgar, travel 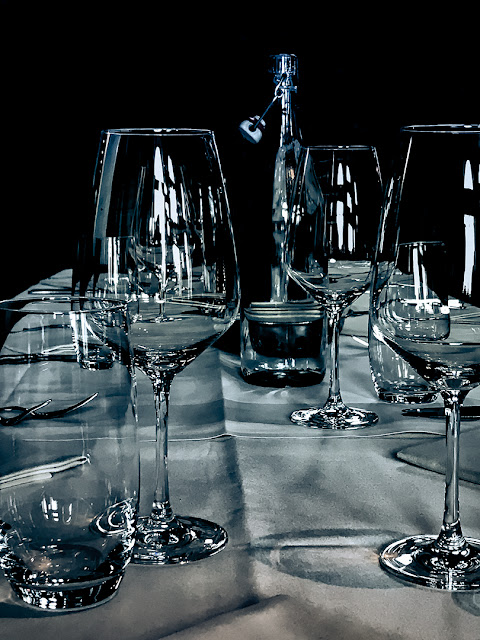 Don't know why but everybody left as soon as Rose and I sat on this table.  I think we need a new deodorant.  So don't stand close to me.
Email ThisBlogThis!Share to TwitterShare to FacebookShare to Pinterest
Labels: iPhone, Lightroom Mobile, still life, Switzerland, Trafalgar, travel
Newer Posts Older Posts Home
Subscribe to: Posts (Atom)