A cute puppy just came in

Well, she's not really a puppy.  Mimi is actually turning 11 years old in August.  But we gave her a new hair cut as the weather here in the Southwest has been terribly hot.  The groomers at the Pet Salon had so much fun with her.  Mimi is a Pomeranian but in this picture she kind of looks like a German Shepherd puppy.

This is how Mimi (left)  looked like before the haircut: 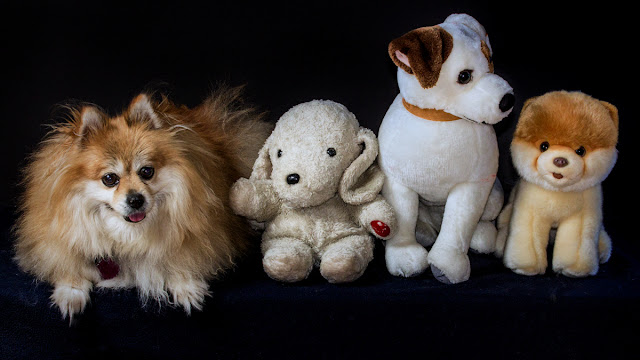 Templar and Masonic Connections according to Dan Brown

For centuries, people did not know much about Rosslyn Chapel, located in the sleepy village of Roslin, Midlothian, Scotland.  Thanks to Dan Brown and Tom  Hanks, the village has experienced an economic boost in their tourism industry.  The chapel was prominently featured in the 2003 bestselling novel The Da Vinci Code and its 2006 film adaptation.

Interestingly the place is rather small compared to the movie scenes.  At near the end of the movie, you see Langdon (Tom Hanks) and Sophie Neveu ransacking in this dark room.  The actual "room" is no bigger than a walk-in closet.

Authentic imitation chalice can be bought at their gift shop.

Techie Notes:  While in Great Britain,  my tendonitis got worse from using the heavy Canon 5D mk II and the EF 24-70mm.  After two days I ended up using my old iPhone 6 instead.  I was pleasantly surprised that the iPhone was able to deliver decent results.  Recently, I have been using Snapseed, a free app from Google.  I like the powerful features and filters.  The only complaint I have is that the sharpening and structure filters are applied globally.  So sometimes I would instead run the image through Lightroom or Photoshop for sharpening.  Overall, the combination of iPhone 6 and Snapseed is good stuff.  I am looking forward to the iPhone 7.

Stairway to Heaven (with addendum)

Captured with the iPhone 6: the Abbey Church of Saint Peter and Saint Paul in Bath, Somerset, England.  The English couldn't decide who has primacy, whether it was Paul or Peter so they decided to call the church simply Bath Abbey. Formerly, it was a Benedictine monastery but calling it the Abbey Church of St Benedict didn't go well with the tourism industry.

It is one of the largest examples of Perpendicular Gothic architecture in the West Country.  The west front includes sculptures of angels climbing to heaven on two stone ladders -  sometimes referred to as Jacob's Ladder or Stairway to Heaven, a secret inspiration to Rock Guitarist Jimmy Page in writing Led Zeppelin's famous song, now being disputed in the Los Angeles court as to its authorship.

Addendum June 24, 2016:  As of yesterday's court ruling, Page and Plant are singing:

"... So now you'd better stop and rebuild all your ruins,
For peace and trust can win the day despite of all your losing."

The day Bob decided to try his new barbecue grill


Still hot today.  Yesterday we hit 112 deg. F.  On the way to our favorite Italian restaurant in Covina, we noticed the brush fire coming from the mountains.  Captured the smoke using my iPhone.

Hope you are keeping cool. 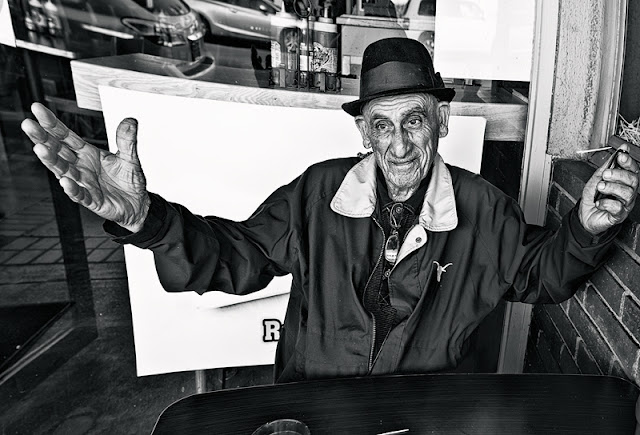 I love Old Towns. They're great venues for photo ops. I could walk around with my point and shoot and take pictures of silly stuff like fire hydrants and local people, and most people think I'm just a crazy tourist. It's also a great way to meet strangers. This happy dude hammed it for me when I asked him for a picture. [He even cajoled me to have a picture with Rose although I'm not posting that one here (heh).] People asked me why I take pictures of strangers. I tell them they're famous people and they should take their pictures too. Some of the them will believe me until Rose will give it away with her smile.

Loneliness and Being Creative


Virginia Wolf:  Often down here I have entered into a sanctuary … of great agony once; and always some terror; so afraid one is of loneliness; of seeing to the bottom of the vessel. That is one of the experiences I have had here in some Augusts; and got then to a consciousness of what I call “reality”: a thing I see before me: something abstract; but residing in the downs or sky; beside which nothing matters; in which I shall rest and continue to exist. Reality I call it. And I fancy sometimes this is the most necessary thing to me: that which I seek. But who knows — once one takes a pen and writes? How difficult not to go making “reality” this and that, whereas it is one thing. Now perhaps this is my gift: this perhaps is what distinguishes me from other people: I think it may be rare to have so acute a sense of something like that — but again, who knows? I would like to express it too.

Juzno:  I think it's time to break open these bottles.

A lazy Sunday morning in Plymouth


We went to the landing site where the Mayflower sailed with the pilgrims to America. Seems like a nondescript place but it was on the same spot where the first settlers to New Zealand sailed. Since it was a Sunday, the shops were still closed but we met the owner of a tea place who invited us for a tour (we were with another couple whom we met living in Glendale, California). Interesting place with a nice backyard garden and an antique staircase. There was also some guy, maybe a family friend, whom I referred to as the village idiot. He was fascinated with me and talked about guns, languages, etc. He said was also a member of the NRA and thought I was Russian.

On the way back to the coach we met an elderly gent (looked like a retired sailor) who wanted to show us the church with a stained glass window showing the route of Sir Francis Drake to the Americas. We thought he was there to invite us for worship -- oh well.