He is Austin's Taco Man.  You can find him every Saturday at the Austin Flea Market.  People love his Tacos that they always run out.

"Got some more Tacos, Bob?"

"Yup.  Ya can haft allya Tacos ya want but they are Veggie Tacos left.  Allya other Tacos are gone, amigo."

A reporter takes his time


The sun is exploding. The moon has turned into blood red.   I hear a revolution rising.  Are those real bullets?  Memo to self:  research how pipe bombs are made.  I need to check out what is outside.  But I want to finish my wine.  The soup requires my attention.  The chaos outside can wait.  I am a journalist par excellence.  I can wing it.

An apt cool song quote from the Deep Purple's Smoke on the Water in a place where they make Swiss watches and cheese.  (Actually, I am not that sure about the cheese.)

I make it a point to shoot photos of clocks whenever I visit urban cities.  This one was shot at Lugano, a nice little place in southern Switzerland.  The folks here speak Italian.  But that doesn't mean much to me because I can't speak the language.  I do know how to properly say "Thank You" in Italian.  It's "grrra-zee-eh".

The place is memorable for me because my sciatica acted up when we were here.  I almost bought a walking cane because I could hardly take a step.  The wine and the Tylenols seem to alleviate the pain though.

When the moon hits your eyes like a big pizza pie ...  that's Amore.

Who are are?  We don't have a back bone.  We compromise all the time.  We try to live peaceable among men but then in the end we get kick around. We don't mind because we are jelly fish.  We cannot feel pain.  Not like other people do.  We are comfortably numb and don't care to fight and stand up for what we believe.  Because what we believe is all relative.  You say the world is blue, and we say right on.  You say that your car is red.  We say right on.  Even though it's white. We'll go wherever the waters will take us.


Why are so many people drawn to idols?  The idols have ears but do they hear?  They have eyes but do they see?

Do you think we're sexy?I

We had a good year on our apple produce.  I blame it on global warming.

Alone and the comfort in hoping


It’s about being alone or more accurately the emotion associated with being alone, which is common to all of us.

She is well aware of herself and her predicament. She is helpless, and all she can do is hope. Yes, even amidst the pain and loneliness of being alone, she hopes. Just like many of us, we at times feel so alone, and yet somewhere somehow we tell ourselves that there is always hope. This is the paradox of humanity. Our existence may seem meaningless, but by nature… because of our mannishness we find comfort in hoping.


What is life?  Just a fleeting moment that my Creator has loaned to me.  I am dying.  Perhaps, I would be gone by the time that you read this.  I am not bitter.  Such is life.  We go through it and take it for granted.  My bad.  I should have enjoyed life more.  But that is the way it goes.


Jackie's dad wanted a portrait of her daughter, and so this was one of the images that I took.  He asked if she needed to wear lots of make up.  I told him, yes - lots of lot as long as she is comfortable with it.

A Change of Heart

"The transformation of the heart is such a wondrous thing,"  writes Singer/Songwriter Patti Smith.

Got my Jaguar and I got my Tan


God is good.  The Surf Guitar arrived yesterday.  A Fender.  An American design.  Half an hour prior the pair of Lucchese 1883 Cowboy Boots came.  This pair is one of the last ones still made in the States.  I am a few days ahead of celebrating my birthday.  Oh whee, ride me high... down on the easy chair.

The Fleetingness of Time

"Is there anything we know more intimately than the fleetingness of time, a transience of each and every moment?"  asked Philosopher Rebecca Goldstein.

Mundane anchors of constancy in an effort to satisfy that desire for permanency-  all but an illusion .

Memory for time itself.  Time is one thing we all feel in our very bones.  I wonder ... do other creatures have this sense like we do?  Do they understand that we are ephemeral creatures?  Do they know that there will come a time that they would no longer exist?

When the cups and saucers are put away 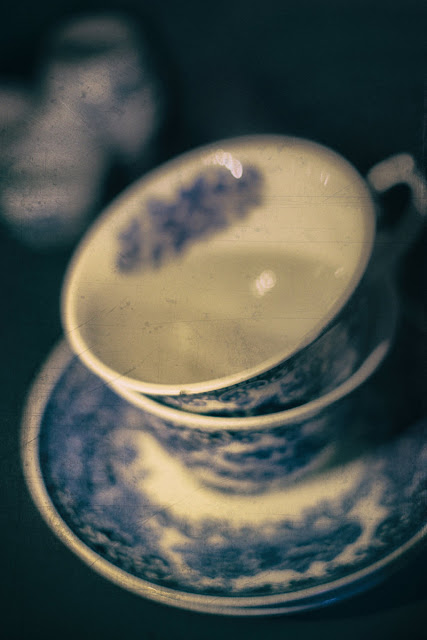 "Soul to soul, our shadows roll, and I'll be with you when the deal goes down," sang Bob Dylan.

How many times have she heard me promised this to her?  Only for the promise to be broken.  If I was a poet, I would write a poem for my one true love.  But I got side tracked.  I was too busy with work.  Thinking I'll strike it big ... this time.  It never does.  So life goes on.  Until one day, the cups and saucers were put away.  Not even a trace of their shadows can I remember.  How does it feel? you may ask.  It takes a lot just to smile nowadays.  Selah.

I say a little prayer for you

Three Geishas and their responses to authentication


One seemed content to be in the shadows.  The other upset.  And the other appeared high on Ecstasy or something.  Something for everyone.

"I'm a Geisha," said she.  "I am not supposed to feel anything.  For me. 3,4-methylenedioxy-methamphetamine really works well.  I could live through abuse and persecution - no problem.  When the neurotransmitters slow down, knock it down with pill.  The only thing is I can't stop talking... (blah blah blah)"

I asked the one at the end, "how about you?"

"What do you meditate on?"

"I meditate on meditation."

The one in the middle had been silent, "why are you upset?"

She thought for a while.  "I am the shortest of all and I forgot to put on my dentures."

Only man can feel fear and awe at the same time.  The beast will only know fear for he has not forgotten his insignificance.  Man on the other hand have built monuments and shrines to give glory to himself.  In so doing, he has forgotten how insignificant he truly is compared to the sun, and moon and stars above him.  But when the angel of death comes for him, he remembers it all.  As he clings to his last breath, he realizes that his body and mind will be reduced to nothingness.  Selah.  He sees himself standing on the edge of a sword -  on the left side is the realm of living and on the right is dying.  At that moment, he sees his eminent death and he sees the insignificance of his life.  And at that moment, he experiences fear and awe ... at the same time.


Every Wednesday, Jack would deliver oranges to Mrs Frangipani.  Unlike his other delivery, he would not leave the fruits on the doorstep but would knock on the door to greet the woman.  She was special, and would always let him in for a cup of cappuccino.  She would always tell him about Mr Frangipani, who passed away many years ago.  The story was the same but it never bored Jack.  He loved hearing about the woman's husband.  How he serenaded her, when this was still the tradition of courting women.  How his voice was so lovely that other women envied her.  Mrs Frangipani would sometimes dance as she told her story.

"I will always remember your story, Mrs Frangipani," Jack responded.

This routine went on for two years.  Until one day, the inevitable happened.  No one answered the door.  Jack waited for almost half an hour.  One of the neighbors Mr Di Luca saw Jack waiting.  He came to the boy.

Jack immediately realized what had happened.  And at that moment, his mind froze.  He could not remember how Mrs Frangipani looked like.  He tried to recall her voice but their was just silence on his head.  His mind search for the story that she had repeatedly told him.  There was only blank.  Jack thought of crying, but no tears fell from his eyes.  All he could feel was emptiness inside.  Why?  he thought.  Why could he not remember?  Those traces of memories of Mrs Frangipani were lost.