Getting Those Sprocket Holes with a 35mm Film Scanner

I’m fascinated with photos that have sprocket holes. But such images are very difficult to scan using a 35mm film scanner. On a single pass, it will scan the entire image except for the holes. I’ve discovered that to get around this limitation is to scan in fragments, and then piece them all together. As I’m scanning, I would save each fragment as individual tiff file. Once I have all the fragments, I then export them to a photo stitching software. Most photo editors (like Photoshop) have some kind of photo stitching feature. I use Canon’s Photo Stitch, which came bundled with my EOS Camera. Any similar product should work as well. Usually the color tone of each fragment would vary but that gets normalized once the software process is done. If I was careful in scanning all of the fragments, I would end up with a seamless image like the one below. 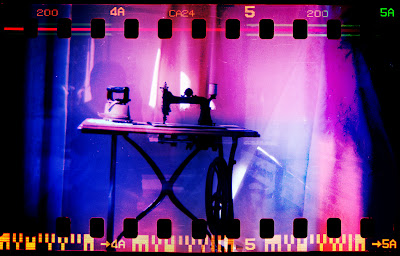 But usually I’m not that careful – so instead the result is a distorted image, which could be a good thing depending on what I’m trying to achieve like this one. 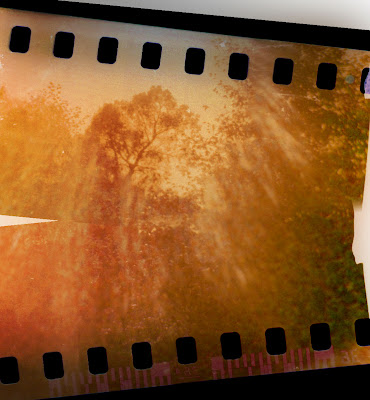 If I’m not satisfied with the processed image, I’ll go manual. I’ll open the files in a photo editor (usually I’ll use Corel Paint Shop Pro), and layer each fragment manually – just as one would put together pieces in a jigsaw puzzle. Now I know that each fragment has a slightly different color tone. I can fix that by matching the colors but that would take forever. And some fragments are crooked, and so they would not align well. I can also fix that by rotating any crooked fragment—but that is too much work for me. So I leave them that way, and tell people that the final image is supposed to look that way – “it’s art, you know.” Anyway, I think most of the time the final image looks cool. Don’t you think so?