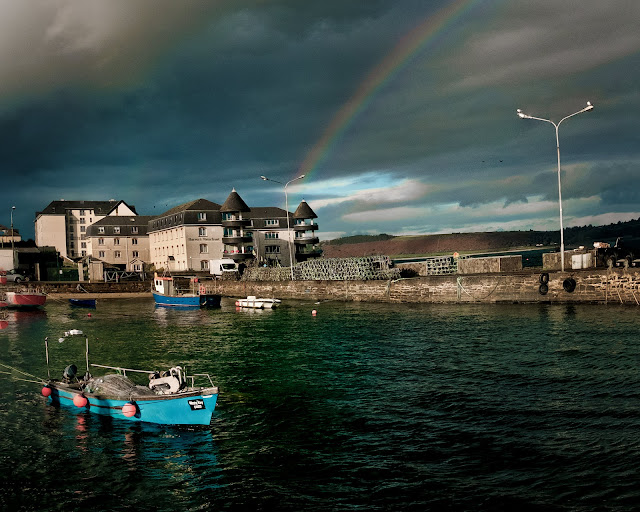 In 1954, film director John Huston filmed part of Moby-Dick in a small town in Ireland called Youghal (pronounced like a Texan "y'all'), with the town standing in for New Bedford. The town of Youghal provided the perfect backdrop to the original story, written by Herman Melville in 1851.  The town also provided ample supply of  booze such as Guinness beer and Irish whiskey to the crew working on the film.  It has been rumored that the actor Gregory Peck who played Captain Ahab always had a problem deciding which leg required walking with the wooden prosthetic as he was always drunk on the set.  That obviously made him irritated, which one cannot help but  notice in the movie.  As of this writing, our tour group is waiting for Moby Dick to show up.  Oh wait, rainbow alert!