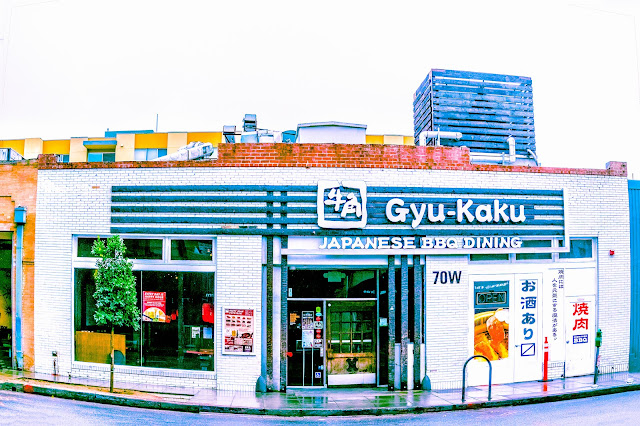 It had been raining but I wanted to test the pancake 27mm lens I just got.  There wasn't anything interesting to shoot, except this Japanese restaurant building that caught my attention.  Not really sure why I like it.  Perhaps I thought I could edit it later in post-production and make it look like something nostalgic.  Now it didn't seem that way.

The building is one of the eclectic architectures found in Old Pasadena, often referred to as Old Town Pasadena or just Old Town.  The city is the original commercial center of Pasadena, California, United States that arose from one of the most prosperous areas of the state, and had a latter day revitalization after a period of decay.