Cat Stevens is wearing my eyeglasses 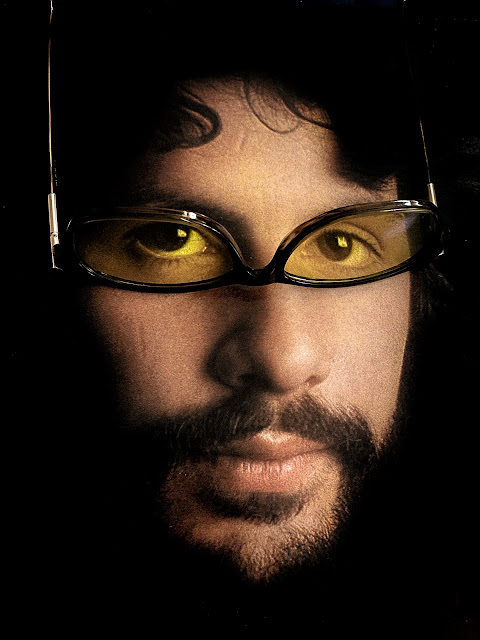 So one night while listening to Cats Stevens's Teaser and the Firecat, I dropped my eyeglasses on the album insert.  Then I realized that I just created art.

I grew up listening to Cats Stevens.  The album contains 10 songs, including the hits "Morning Has Broken", "Moonshadow" and "Peace Train". It is also the title of a children's book written and illustrated by Stevens. The story features the title characters from the album cover, top-hatted young Teaser and his pet, Firecat, who attempt to put the moon back in its place after it falls from the sky. 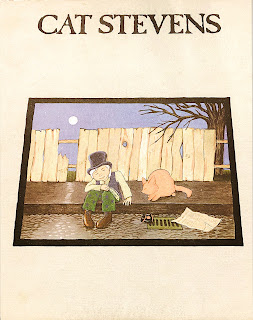 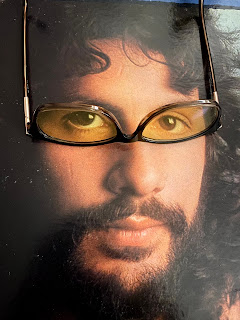