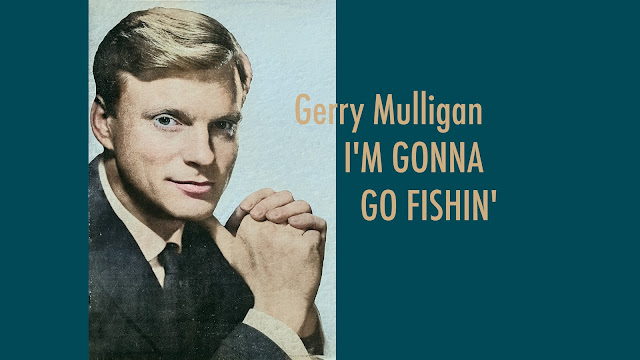 In deciding on the instrumentation for the new band that makes its album debut here, Gerry Mulligan says: "I wanted the same clarity of sound and interplay of lines that I had in the smaller groups. "We have a clarinet in the reed section, not primarily for a clarinet-lead effect but for a sound contributing to the ensemble in general. As for the soloists, I wanted to use just a few men for the bulk of the solo work, so that they would be heard enough for the audience to become familiar with their styles. What he has built, says Gerry, is essentially a concert band - a jazz band for listening - and it was on this premise that the band's first tour - LEONARD FEATHER

Gerald Joseph Mulligan (April 6, 1927 – January 20, 1996), also known as Jeru, was an American jazz saxophonist, clarinetist, composer and arranger. Though primarily known as one of the leading jazz baritone saxophonists—playing the instrument with a light and airy tone in the era of cool jazz—Mulligan was also a significant arranger, working with Claude Thornhill, Miles Davis, Stan Kenton, and others. His pianoless quartet of the early 1950s with trumpeter Chet Baker is still regarded as one of the best cool jazz groups. Mulligan was also a skilled pianist and played several other reed instruments. Several of his compositions, such as "Walkin' Shoes" and "Five Brothers", have become standards.

I do not own the copyright to the music, the recording and the photos. (Image post appropriated from original LP cover.) This video is posted for educational use under Section 17 U.S. Code § 107. Limitations on exclusive rights: Fair use.