It's all about manipulating the lights 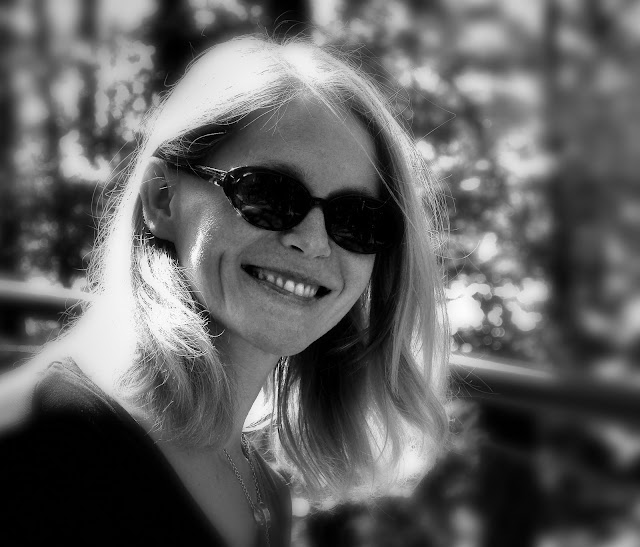 Let’s celebrate…
The air, our breath
is bubbling
the water, our journey
is pouring
the earth, our home
is welcoming
the fire, our love
is burning
The aether, our life
is now


Lightness, Vesna (2010)
Photography in a real sense is  about writing with light.  While it helps to capture the lights right at the very beginning, sometimes a little tweaking on an image can be a difference between night and day.  Notice I say here "little tweaking".  Some people who don't care about their captures and think that they can fix it in Photoshop are delusional.  A knowledge of composition and what works is essential in getting a good image.
My friend Vesna recently shared with me her picture, which I tweaked in Photoshop Elements (PSE).  The image above was the final result.  I really like the way it turned out.  For a while Vesna did not want to post this image in the web.  She finally made the leap not too long ago and posted it with an accompanying poem.  I'm so glad she did.  Her inner beauty has been known by some but now I know that they can also see her outer beauty.
Below is the original image she sent me.  I wasn't sure what camera was used here but I'm guessing a simple Point and Shoot.  (Contrary to conventional thought, using an expensive camera does not necessarily mean getting great image.  This is one example when an inexpensive camera can deliver the goods.)
It was a great portrait to begin with.  The composition was good, and the good elements were already there and I just need to bring them out.  I just made a few adjustment as follows: 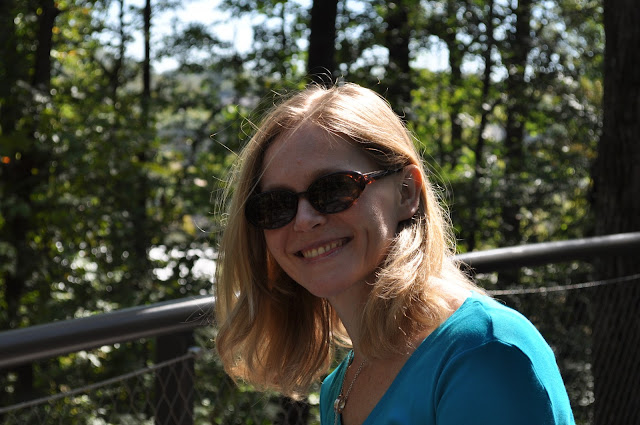 1.  The image was imported in PSE.  I felt that the orientation should be flipped.  In classical art, the portrait of a woman looks much better when the eyes of the beholder are going from left to right.  For some reason, it is just how our brains are programmed.  For a portrait of a man, it's the opposite.  It is more appealing to view a man from right to left.  Don't ask me why but that is the general norm.  (I've violated this rule of thumb a number of times so don't think of me as a stickler to this rule.)
2.  In PSE, I converted the image to black and white using Nik Silver Pro filter.  Although she look great in blue, I thought that a black and white rendition would give it a more "old-style hollywood" look.  Vesna probably would hate me for choosing the word "old" and "hollywood" but no not that trashy B movies... think Ingrid Bergman or those in that era.
3.  I played around with the contrast to even the tone.  It looked great after the conversion but her face was darker than the background so I increased the brightness selectively, applying only on her face.
4.  I could have use Glamor Glow filter to give the picture a dreamy look but it doesn't seem to suit Vesna.  She can be -- but not in this picture.  Instead I just applied a Vignette Blur using Nik Color Efex.  The effect seemed to have tamed the harsh background bokeh.
5.  The final touch was to crop it so it would look more intimate.
Some of you may admonish me for using Nik filters like Silver and Color Efex because that seemed like cheating.  But I could have also come up with the same results using layers in PSE.  It would just have taken me a longer time.  In fact, before I've used Nik filters, for the longest time I've used an old version of PSE and did my tweaking exclusively using layers.  That was how I learned about highlights and shadows.
So there you have it.  Doesn't she look "muhhhvelous, duhhhling?"
If you find this little post useful, drop a comment and let me know.  Cheers.
Email ThisBlogThis!Share to TwitterShare to FacebookShare to Pinterest
Labels: black and white, guest artist, people, shameless self-promotion, techniques
Newer Post Older Post Home