Street Capture One Night at the Market 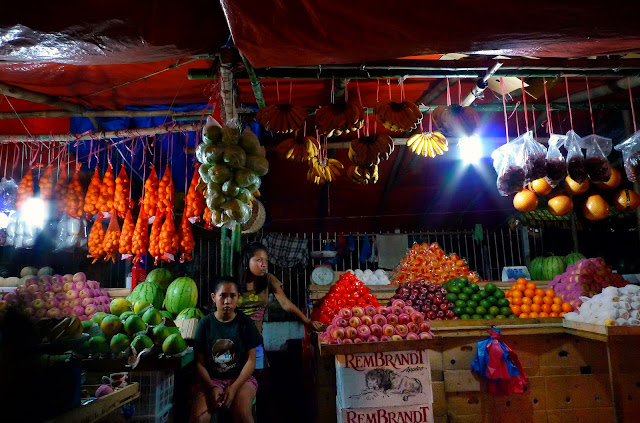 This will look mundane to most people but I really like how it came out.  Taken with my Panasonic DMC-LX3 after its baptism at Sebaste, Antique.  Heh.  I like it because of the process involved.  First, it was shot at night without any flash.  Trying getting a comparably sharp image with your point and shoot.  Second, the color rendition is vibrant considering that the only source of light was a couple of incandescent bulbs hanging over the ladies' heads.  Third, I like the near-candidness of the two women.  They obviously didn't know I was taking their picture.  Fourth, shooting the image required a long exposure.  It was taken hand-held while I was inside a stopped van with the motor running.  I held the point and shoot cam on the the window, which I thought was clever using it as a monopod.  Last but not least, I really like doing street shot.  The fact it was at night is extra.  Hope you enjoy my mundane monograph and the image the image.  Cheers.
Email ThisBlogThis!Share to TwitterShare to FacebookShare to Pinterest
Labels: long exposure, night shot, panasonic dmc lx3, San Antonio the island she love, shameless self-promotion, street
Newer Post Older Post Home