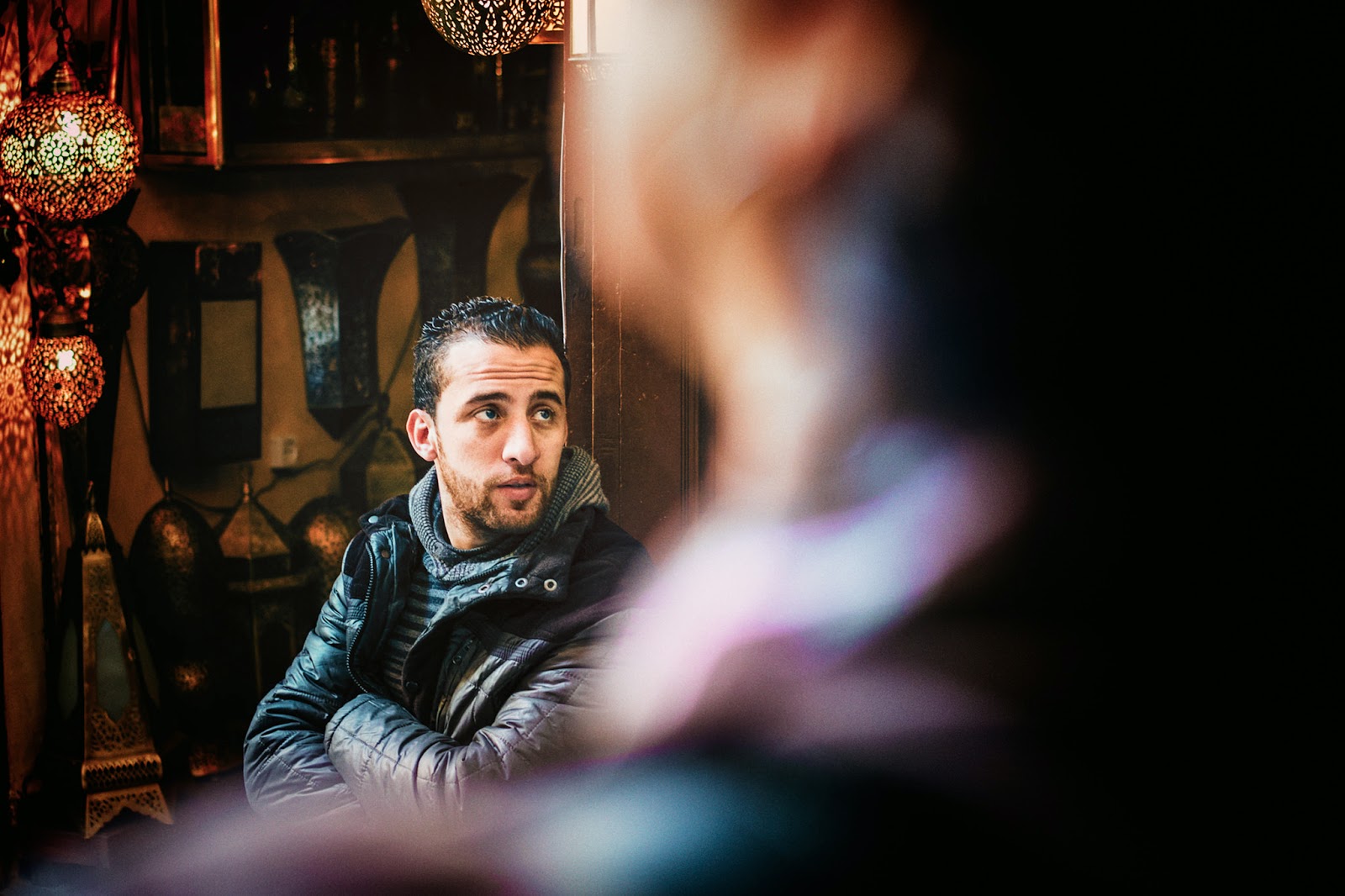 Our tour director insisted that we go with a local guide in Old Medina at Fes.  The story goes that one man went by himself and got lost.  Five years later, they found him with three wives and a four children.  He is now a happily married man.

This was one of our guides.  Didn't catch his name but he took care of us.  Maybe I'll just call him Amir.  He looks like an amir.  He made sure that we wouldn't step on the donkey's pooh that were ubiquitous all over the alley ways.   Okay I exaggerate.  But he's a good man. For him it was just another day.  For us, it meant a lot.

Taken at Old Medina at Fes.