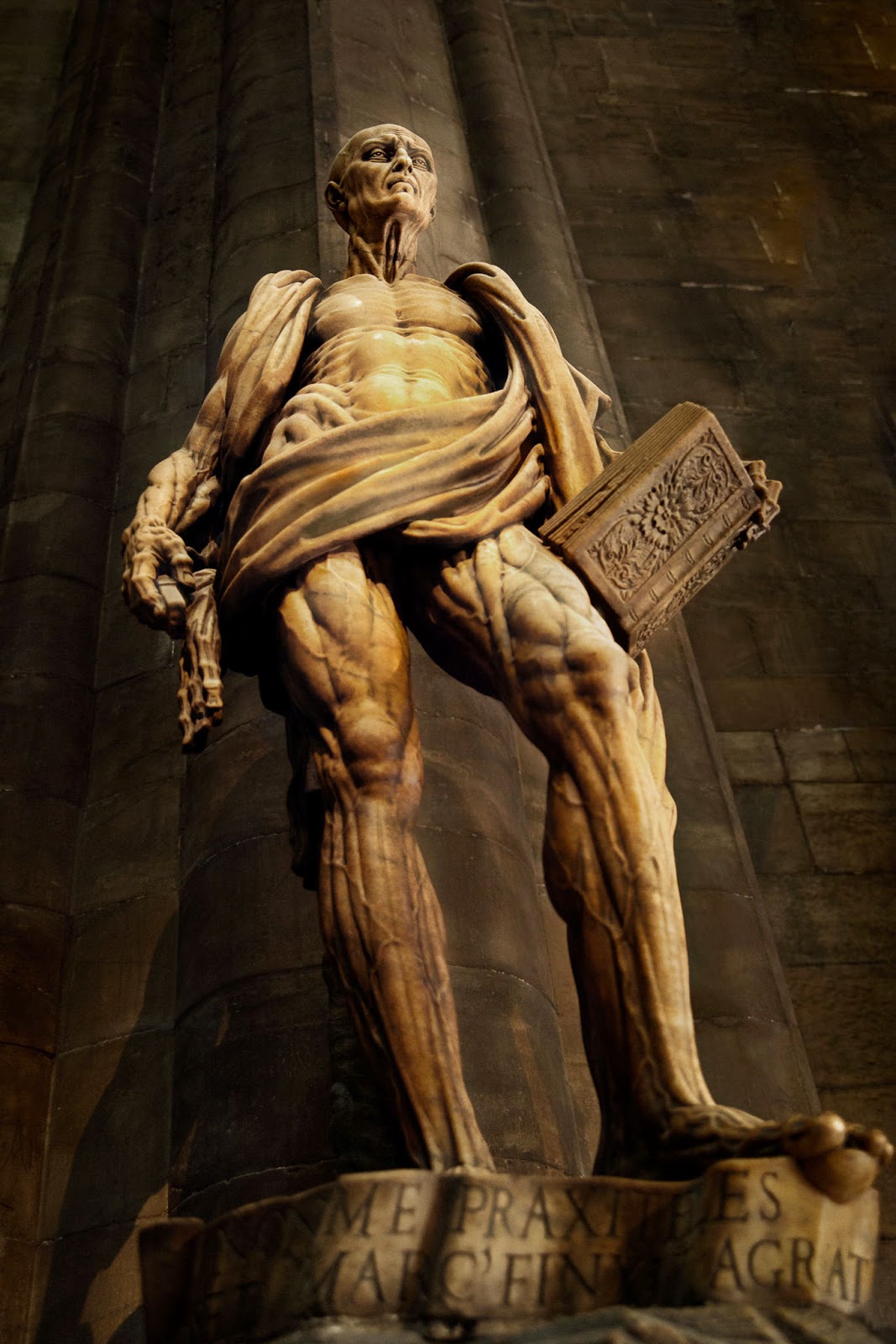 The statue of St Bartholomew draped in his own skin can be seen inside the Duomo Cathedral of Milan.    Made by Marco d’Agrate in 1562, it was originally not intended to be inside the cathedral.  It is believed that the saint was skinned alive. 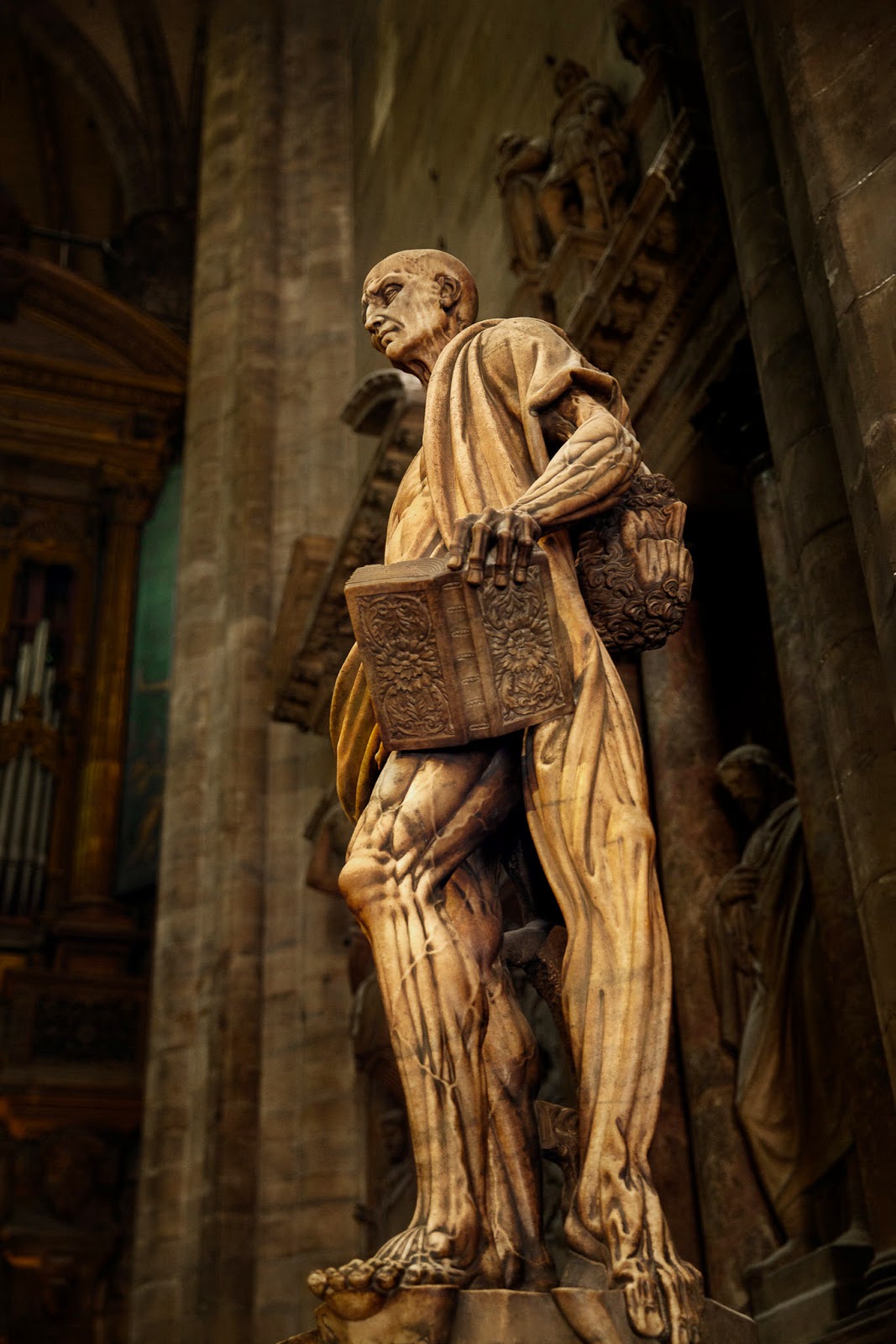 When I first saw the statue, I was fascinated that it looked like a depiction of an alien from some science fiction movie.  Then an Italian woman next to me excitedly tried to explain what it was.  At first I couldn't understand what she was saying until I realized that there stands a man before me.  He is without a skin.  His every vein, artery, muscle, every fiber and tendon and tissue of the human frame are represented in minute detail.  At his back, his bearded head hangs.  He is carrying in his own skin. A hideous thing just thinking of the agonizing pain that he had gone through.