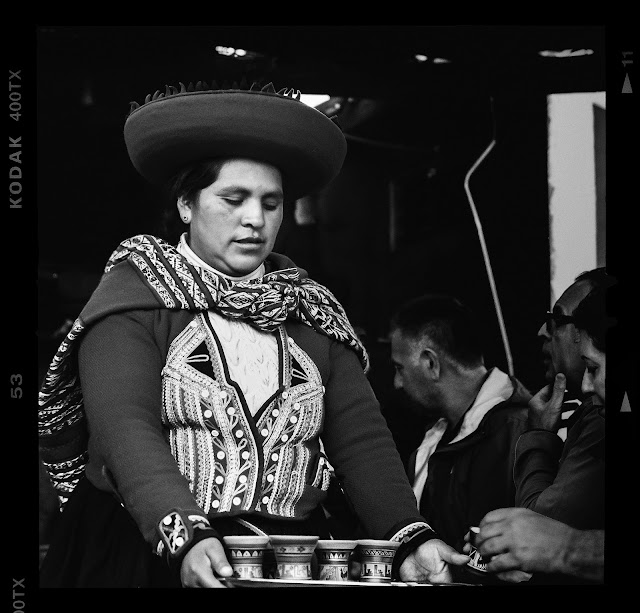 As mentioned in my previous post, Istella is seen here serving Chicha, a fermented  beverage derived from corn.

Chicha morada is a non-fermented chicha usually made from ears of purple maize (maíz morado), which are boiled with pineapple rind, cinnamon, and cloves. This gives a strong, purple-colored liquid, which is then mixed with sugar and lemon. This beverage is usually taken as a refreshment, but in recent years many health benefits of purple corn have been found. Chicha morada is common in Bolivian and Peruvian cultures and is generally drunk as an accompaniment to food.

Women are most associated with the production of chicha. Men and children are still involved with the process of making chicha, but women control the production and distribution. For many women in Andean society, making and selling chicha is a key part of their identity because it provides a substantial amount of political power and leverage.