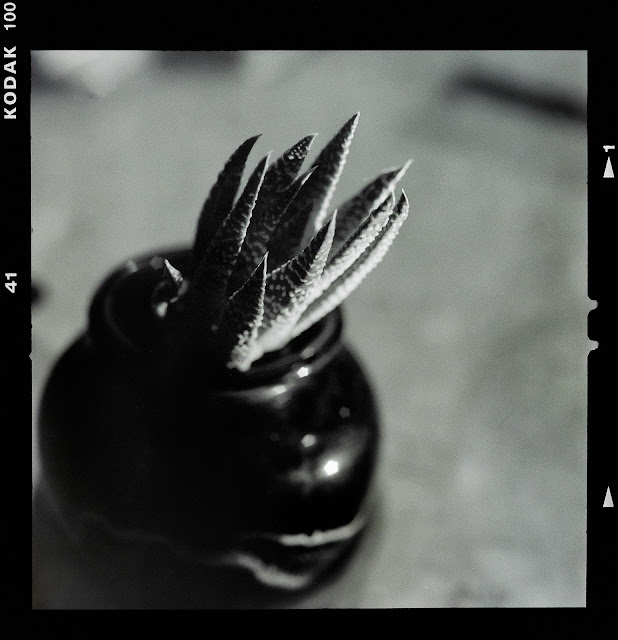 I decided to get out my go-to medium format film camera - the Hasselblad 500 CM.  Since it is a very old camera, the shutter speeds are way off.  The shutters are way slower than it should be.  So I try to compensate by speeding up the shutter speed. For instance in this image, my light meter tells me I should shoot at f/8 at 1/2 seconds.  Instead I shot it at 1/8.  Even then the exposure was a bit over.  Fortunately film is very forgiving.  Even with this expired film.  It expired in 2013.  But with radical tweaking with the curves in Photoshop I was able to rescue the image.

Most image would have a sharp background when shot at f/8.  This one managed to have a blurry background, which what I usually wanted.  It may have been because I used an extender on the 80mm lens.  Next time I will try to shoot with smaller apertures to see what the image would look like.  I got plenty of expired films.  So I can afford to experiment.

Self-developed with Ilford Developer, Stop Bath and Fixer in the bathroom.