Heraclitus as a Young Philosopher 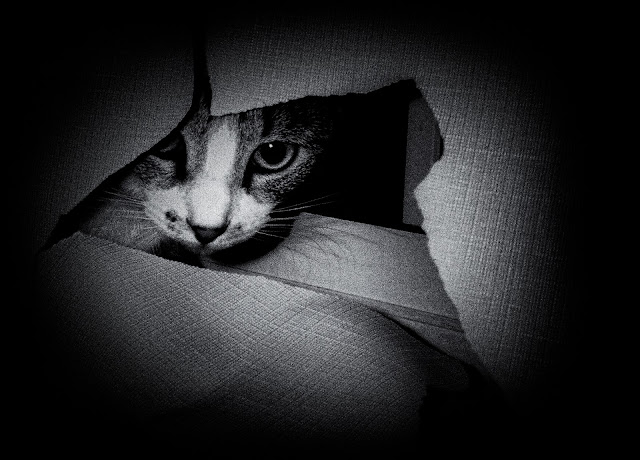 Heraclitus was a pre-socratic philosopher famous for his insistence on ever-present change as being the fundamental essence of the universe, as stated in the famous saying, "No man ever steps in the same river twice".  This is commonly considered to be a key contribution in the development of the philosophical concept of becoming.  Heraclitus's idea can be summarized in these few words:  Everything changes except the law of change.  He called this the Logos.  Centuries later, a Jew by the name of John used the same term and applied the Logos to Jesus Christ, who is the same yesterday, today and forever.

I had share this idea with Rose years ago and we both loved the concept of Logos both from John and Heraclitus.  So when a little runt came to our lives, we had to call him Heraclitus.  Our cat lived up to his adopted name, and so became the smartest cat we ever had.  He is no longer with us.

The image above must have been shot using the Nikon FE film camera around 1994.  I think I used Kodak 35mm color film.  I found this image a few days ago, scanned and processed it digitally using the Silver Efex Pro.