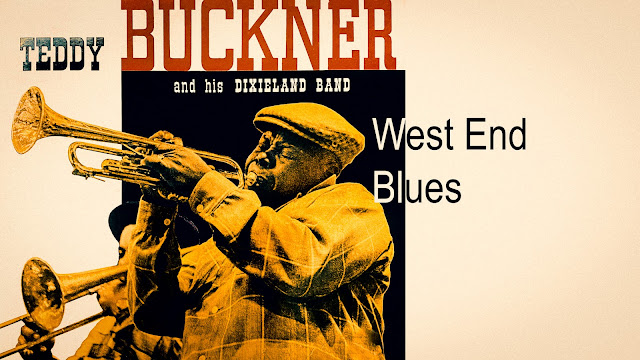 From the vinyl LP Teddy Buckner and his Dixieland Band.  "West End Blues" is a multi-strain twelve-bar blues composition by Joe "King" Oliver.  Covered by Louis Armstrong but this version by Teddy Buckner was just waiting to be found and now can be heard on this channel.

Early in his career Buckner played with Sonny Clay.  He worked with Buck Clayton in Shanghai in 1934,  and later worked with Benny Carter among others. From 1949 to 1954, he worked in Kid Ory's band, which was perhaps the closest to the style he preferred.[1] In the late 1950s his work with Sidney Bechet in France made him popular there but, before going to France, he recorded the soundtrack of the movie King Creole with Elvis Presley in 1958. From 1965 to 1981 he performed with his traditional Dixieland jazz band at Disneyland's New Orleans Square.

In addition to this he worked with blues musician T-Bone Walker and did some acting. This included an uncredited role in They Shoot Horses, Don't They? He played cornet in a few of his film roles.