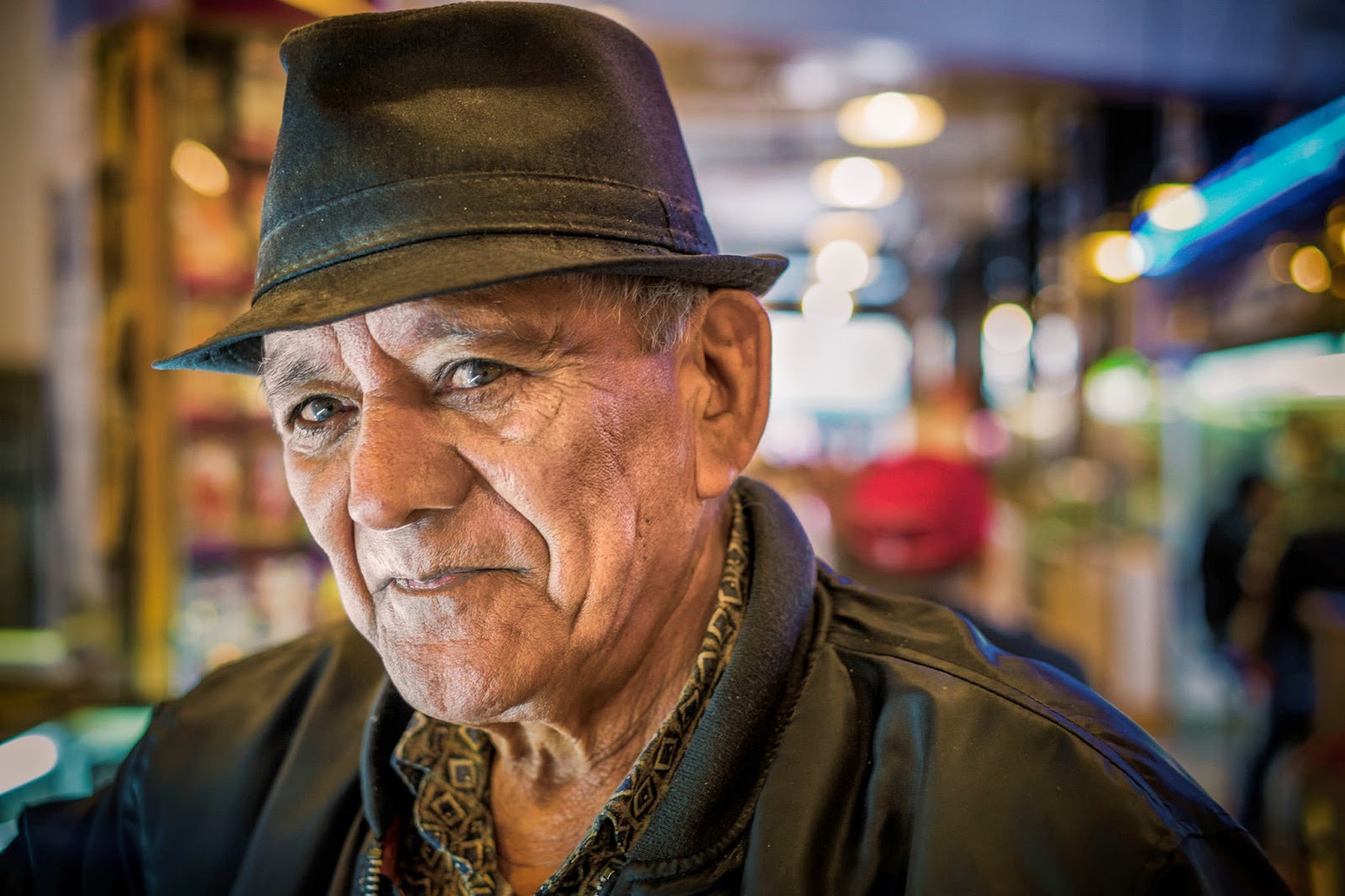 Fabian:  I'm shopping for a jewelry for my wife.

Juzno:  What does your wife want?

Fabian:  She wants Pearls but I would rather give her a washing machine.

Fabian:  Why not?  If she gives me a tool set I could use I think that would be romantic.


Addendum:  On revising Fabian -  The original had blue color cast coming from the available lights. That I was able to see. I auditioned several degrees of warming filter and settled on this one. I still wanted the blue cast on the right side background so I feathered that to show some shades of blue. I felt that the combination of blue and yellow on the overall image would create a nice harmony. I think some people would disagree. I can't really argue with that. I'm partially colored blind after all - which makes color rendition very difficult for me. It usually takes me 10 times as much work compared to doing B&W. Oftentimes, I go through many revisions before settling on one I like. Even then, I still second guess myself.