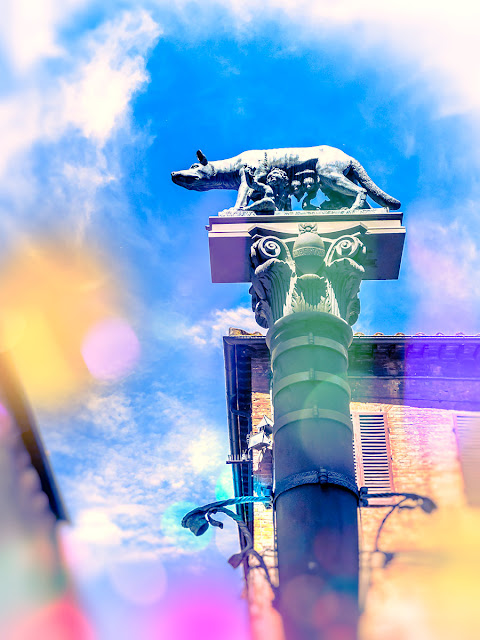 According to local legend, Siena was founded by Senius and Aschius, two sons of Remus and thus nephews of Romulus, after whom Rome was named. Supposedly after their father's murder by Romulus, they fled Rome, taking with them the statue of the she-wolf suckling the infants (Capitoline Wolf), thus appropriating that symbol for the town.

To keep the twins cool while being nursed, the she-wolf fanned them with her tail.  Thereby inventing the phrase… breaking wind.