To Each His Own at the Airport 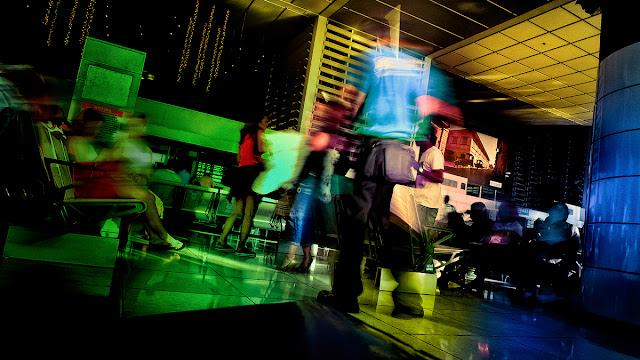 I thought I shot this at the Los Angeles International Airport but looking at it again I may have captured it while waiting for our plane at the Manila Ninoy Aquino International Airport.  Named after Senator Benigno "Ninoy" Aquino Jr., assassinated at the tarmac of the same airport in 1983.  I remember that day.  Most of us were all shocked.  Ninoy was returning to the Philippines despite repeated warnings that he will be assassinated.  It was commonly believed that President Marcos had him killed.
SaveSave
Email ThisBlogThis!Share to TwitterShare to FacebookShare to Pinterest
Labels: blur, panasonic dmc lx3, people, San Antonio the island she love, street
Newer Post Older Post Home