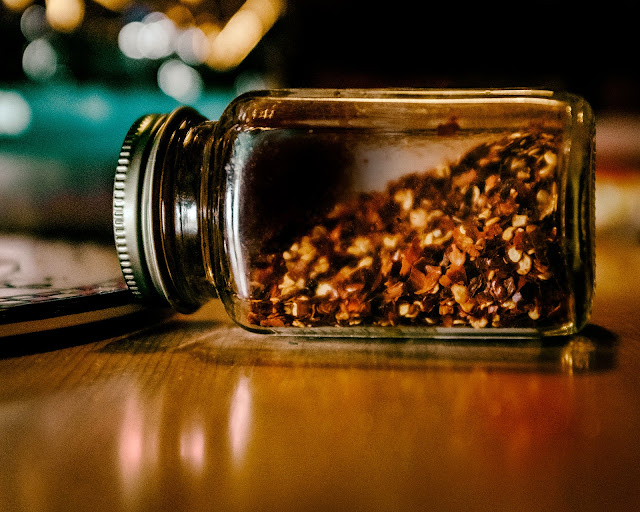 I was having an inkling to shoot again.  Something.  Whatever.  It doesn't matter.  So I took out my Fuji X100F  with the teleconverter lens and started to look for anything I could shoot.  This was the first thing I saw - so here it is.  Still life with Red Hot Chili Peppers.  Don't you love it?

Except for the auto focus, I shot this manually at f2.8 at 1/125 sec at 6400 iso.  I did not intend to render it to look like it was shot on vintage camera but after playing around with Nik's Analog Efex Pro 2, I really like this version.  It's warm, and it looked it was shot with the Fuji Asti 100F, which is one of my favorite film.  Don't think it's still in the market.  I would like to get my hands on it if it were.