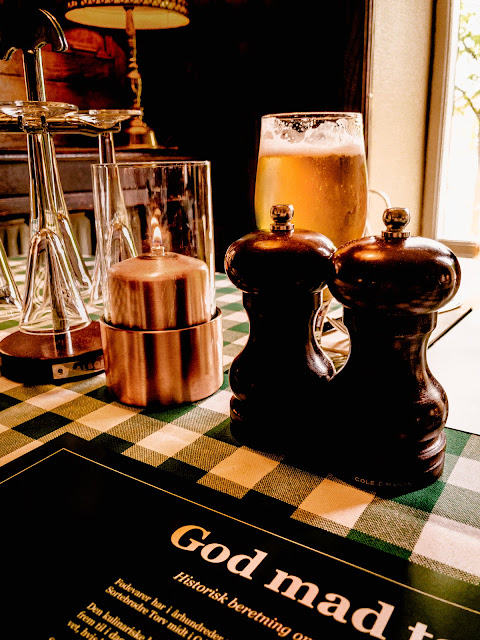 This was at Odense in Denmark.  Home to Hans Christian Andersen.  You know the guy who wrote all those fairy tales.  He was a bit of a fairy himself.  But that's another story.

Restaurant Grønttorvet.  I was surprised that the restaurant had Indian Pale Ale on tap, which I tried.  I think Rose ordered some light fruity beer.  At this time, my mind is foggy about what had taken place.  I also think we shared a salad or something because the service in Scandinavia was very slow and we had to catch our tour bus in less than half an hour.  So for the most part, our source of nutrition was the beer.  An old German guy we met in Munich told us that beer is liquid lunch.  Good enough for us for the time being.