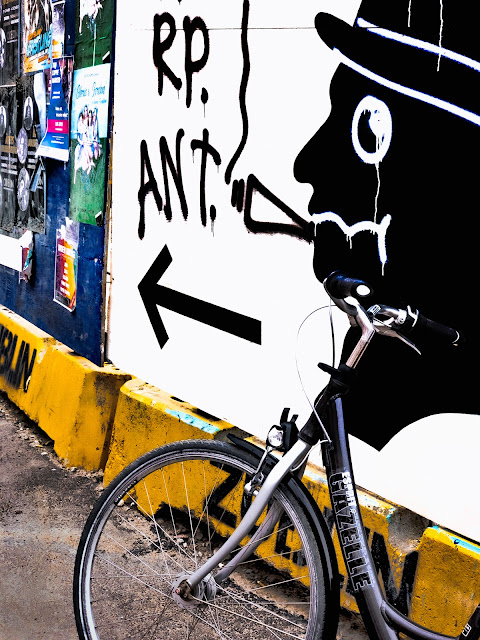 This street art tells the tourist where Hans Christian Andersen's house is located.  A rather brilliant way of directing how to get there since this art work is a graffiti on a temporary wall where construction is being done.  Pretty soon, I'm sure the wall will be removed and so will the graffiti.  Quite frankly, the house is not that remarkable so I'm not even going to post an image of it.

HCA was a prolific writer but better known for his fairy tales like "The Ugly Ducking" and "The Little Mermaid".  The stories are channels of his life.  He was ugly.  And he was gay.

The often melancholic Danish philosopher Soren Kierkegaard remarks that Andersen is characterized as, “... a possibility of a personality, wrapped up in such a web of arbitrary moods and moving through an elegiac duo-decimal scale [i.e., a chromatic scale. Proceeding by semitones, and therefore including sharps as well as flats, such a scale is associated more with lament or elegy than is an ordinary diatonic scale] of almost echoless, dying tones just as easily roused as subdued, who, in order to become a personality, needs a strong life-development.”  Somebody please explain that to me.