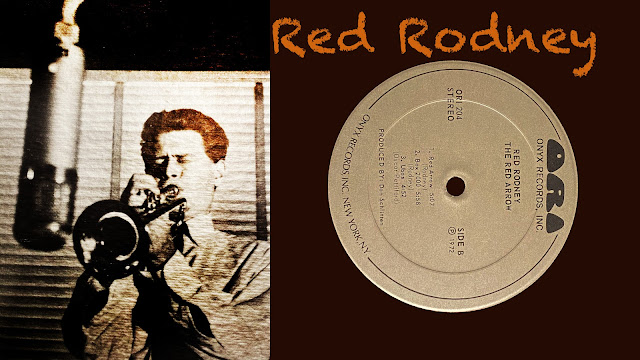 The Red Arrow from the vinyl album of the same name.

Red Rodney, trumpet Ira Sullivan, tenor sax Tommy Flanagan, piano Oscar Pettiford, bass Philly Joe Jones, drums Side B recorded November 24, 1957 Robert Roland Chudnick (September 27, 1927 – May 27, 1994), known professionally as Red Rodney, was an American jazz trumpeter. He accepted an invitation from Charlie Parker to join his quintet and was a member of the band from 1949–1951. Being the only white member of the group, when playing in the southern United States he was billed as "Albino Red" as a ruse to avoid prejudice against mixed race musical combos. During this time he recorded extensively. I do not own the copyright to the music, the recording and the photos. (Image post and video art were appropriated from the original album.) This video is posted for educational use under Section 17 U.S. Code § 107. Limitations on exclusive rights: Fair use. Hope you enjoy. sDg. #jazzswing #jazz #jazztrumpet #vinyl