This time I was furious 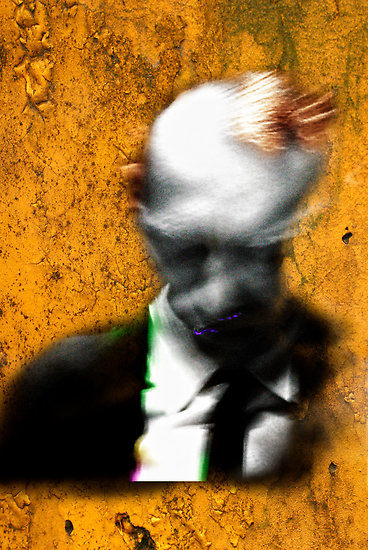 This time I was so furious.  I have vested interest in this gig.  For a while now, I have been rehearsing in my mind how I would do my job.  I have all the details worked out.  Usually, I don't have to think much about it.  Killing somebody is something that I have become proficient in doing.  I have done it so many times that it's in my nature -- embedded into my skin and core.

There are at least a couple of ways I employ in my work, both of them confrontational.  I don't like striking the victim from behind.  That style has never really appealed to me.  I want my victims to see my face... I want them to see how I would respond to their reactions.  And similarly I want to see their response.  There is that dark satisfaction in seeing the victim's face turn from surprise to anger and eventually to fear.  I never get tired seeing this even if I've done the gig so many times.  Hey, I take a lot pride in what I do.

The first method I use is to stick to 'em.  Get really contentious.  It's usually not that hard to offend and rile up people.  I seem to have a knack for it.  Then I wait for the victim to fire back.  I usually give them a chance just for kicks.  Their false sense of hope will rapidly disappear as soon as I aim for the jugular and make the kill.  You'll see this on the victim's eyes -- the disappointment turning into terror.  The second technique is similar to the first but more subtle.   This takes more planning and requires a longer time to employ.  The intent here is to make it look like the victim has the upper hand.  I usually want it that it looks like the confrontation was initiated by the victim.  I won't give away details here... hey, there are trade secrets in this game but this I'll say:  It's all orchestrated to look like the victim had it coming.

I don't need to document my work once I'm done but sometimes the client wants evidence that I have delivered up to spec.  The requirements run through the gamut, e.g. piece of private belonging, or at times pictures.  Oh yea, there are some sickos who want me to take pictures of the crime scene.  In fact, this kind of requirement has been in great demand that I decided to learn photography.  In the past, my mentors would use the Minox -- you know, that pocket camera that James Bond used.  Nowadays, a camera phone would do the trick.  But the problem with that is it leaves a foot print.  The cops will be able to tell where it all came from if the jpeg image got leaked.  Of course, I could always erase the Exif data but some college hack could always figure out something to retrieve the erased data.  That is why I have been using film cameras.  All I do is after I finish the roll of film, I just ship it to the client.  This way it ensures that integrity of the work.  Definitely no digital manipulation occurred when everything is all on unprocessed film.  Sometimes, I wonder if they ever even bother to get the film developed.  I don't want to risk sending a fake roll.  Man, that would ruin my credibility.  I got a reputation to protect here.