Al, Arnie, George, John, and the Graying of America 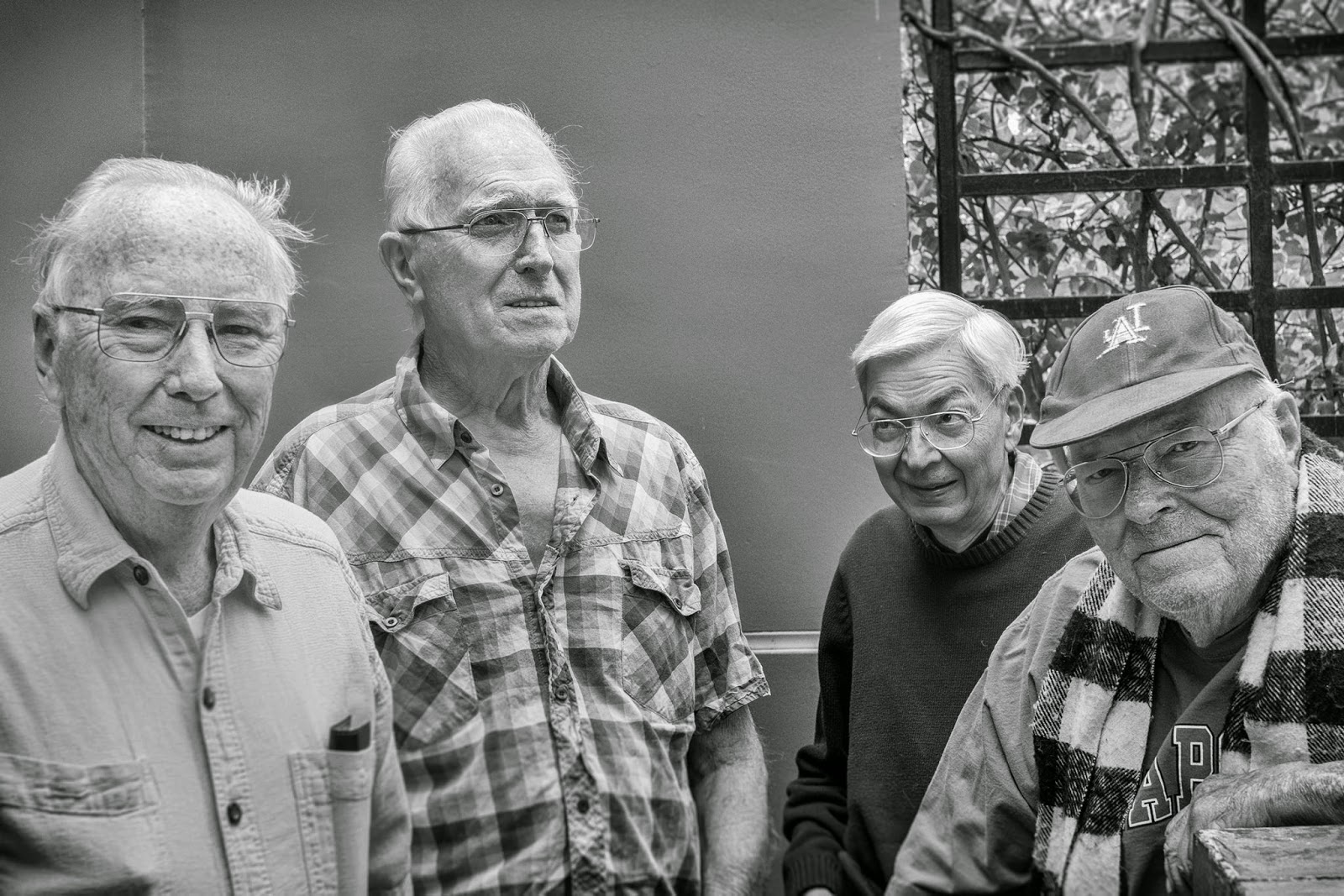 I love grayscale.  Sometimes it works well.  Other times, well ehh.  But this one really works for me.  I met these fine gents at Grand Central Market in Downtown Los Angeles.  Initially, I noticed the guy on the left as he was calling his friends.  I made small talk.  One of them noticed my camera.  The Fujifilm xpro-1.  I love it when people notice it.  It looks retro that most people mistake it for a film camera, which I think got its attention.

They tell me that they go to lunch once a week at different places.  Thus far, they have gone to more than 200 restaurants.  If my calculation is correct, they have been doing this gig for the last four or five years.

I asked how they met.  I think it was Al (the guy with the baseball hat) who told me that they all go to this Lutheran Church out in Santa Monica, and they all hate the people at their church - a commonality that binds them together.

One of them commented on my shoes.  Interestingly, I had the same size shoes as them. They love my shoes because they were designed for old men with orthopedic issues.  It's nice to empathize with one's age.

I just love these folks.

Last night, I got an email from one of them - inquiring if I still have their photo.  I sent him this one.  I hope they enjoy it.