One Evening in Budapest 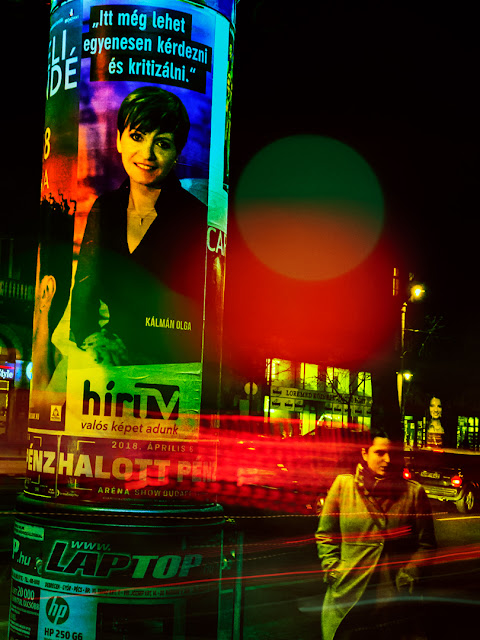 Many moons ago, I thought I was going to make a career as a street photographer.  I've stopped shooting the streets for ethical reasons.  But once in a while I will do it just for whatever reason.  Mostly for my pleasure.

Rose and I went out that evening from the Astoria Hotel just to check out the night life.  I'm told that one needs to beware of pickpockets in certain parts of Budapest.  I didn't really feel unsafe for the most part.

So what is this image supposed to convey?  Not much different reality from any urban cities.  This could have been in New York.  Except for the language in the poster, which gives it away.  People just go about their own lives.  Nobody looks at anybody in the eyes.  Except for the smiling woman in the poster.  Who is she?  It says Olga on the poster, I know.  But as far as I'm concerned she is just a poster.  Fake.  Unlike the woman walking by.  You could tell that she is cold and uncaring.  At least to people she meets on the street.  At least that one evening.