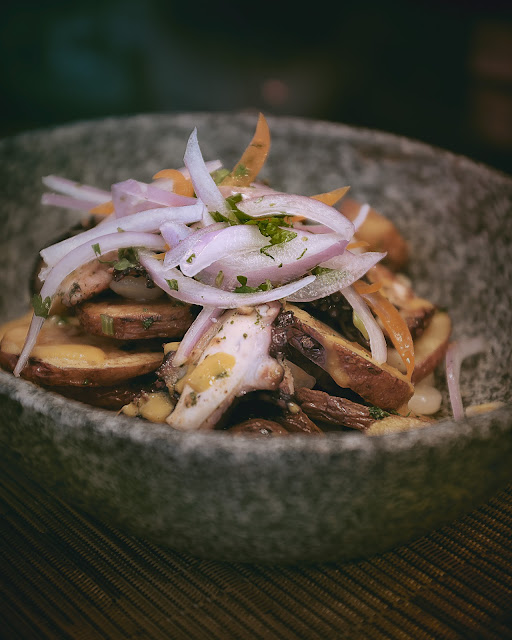 Our first meal upon arriving in Lima, Peru.  Cebiche consisting of raw octopus, onions, herbs, yellow chili sauce, and some magical ingredients.  Kind of looks no different from the Mexican Ceviche except the Peruvian Cebiche has more in common with the Japanese Sashimi.  The Mexicans use raw fish which is marinated for three days or so.  The Japanese and the Peruvians eat their dish as soon as they are prepared.  Apparently, the Japanese came over to Peru around late 1800s.  In Japan, the fisherman would eat raw fish while they are fishing in the open sea.  This manner of eating raw fish influenced how the Peruvians prepare their Cebiche (correct spelling as opposed to Ceviche).

Not for the faint hearted.  But if you try it, you may want to drink some Pisco Sour or Brandy for extra precautions - to kill the bugs.