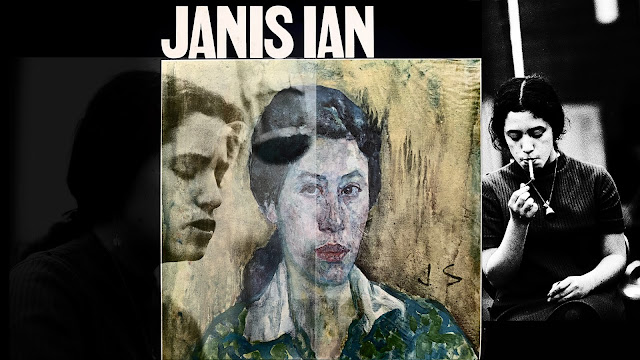 Written and performed by 15 year old Janis Ian. Yes, the same Janis Ian who gave us At Seventeen and Love is Blind, songs of awkwardness, introspection, and melancholy. When I bought the album, I was almost sure I made a mistake - thinking that this was not the Janis Ian I heard on the radio decades ago. Her voice on this album is so different. And yet, her attitude and observations of the society that surrounded her have not really changed. Liner note on Janey's Blues: Another generational message, which is again drawn from a variety of types and cross-section of people she has known. Janis points out that organ sounds "as tho' the chick was running." I hope you will enjoy this song as much as I did. At one point, I thought to myself that it could have been recorded today and it would still sound fresh and relevant. To my ears, even the arrangement and the recording sounded contemporary. I do not own the copyright to the music, the recording and the photos. (Image post and video art were appropriated from the original album and the Mira Sound sessions.) This video is posted for educational use under Section 17 U.S. Code § 107. Limitations on exclusive rights: Fair use. sDg.