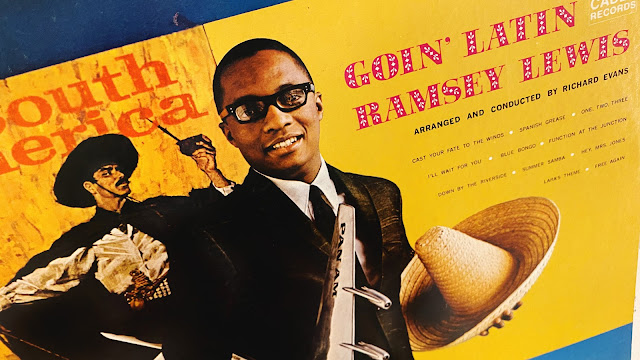 Hey Mrs Jones is the first track on Ramsey Lewis's Goin' Latin vinyl album. I really believe that old school jazz should be listened on vinyl - as it was intended. I noticed that almost always the volume level on first couple of bars on the first track of most vinyl sound louder than the rest of the song. My theory is that during the initially take the recording engineer would record on the high side of what the loudness level should be, and then quickly bring the faders down a bit. Perhaps to get the attention of the listeners. So in this post, I remastered the music by bringing the volume level of the first few bars down to match the volume level of the rest of the song. I also applied some EQ to boost the bass and the mids to be able to compete with the loudness of contemporary recordings. The EQ selection is my own preference so perhaps the purist may find the alteration uncalled for. Nobody's fault but mine here.