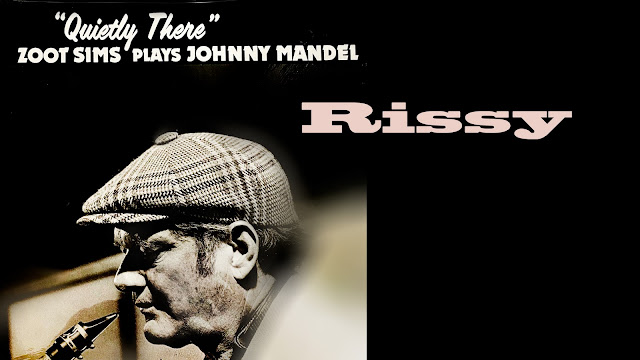 "God gives us life and takes us away as He sees fit." - Johnny Cash

Later in his career, Sims continued to evolve as a player. According to saxophonist and composer Bill Holman, Zoot's tone aged and became gruffer, and he expanded his repertoire thanks to the influence of pianist Jimmy Rowles. But he never gave up on what many consider his greatest asset: his incredible sense of swing. "No matter what he played, it was perfectly in time," said saxophonist Harry Allen. "If you were making your own perfect saxophone player up in your head, that's where you'd put the notes. And [Sims] managed to do that without fail."

By the early '80s, a weakened liver forced Sims to quit drinking. His health improved at first, but he soon learned that he had cancer. "If I can't play, then what can I do?" he asked bassist Red Mitchell in an interview only a few months before he died. Zoot Sims continued to perform up until his death in 1985, and he never lost touch with the swing that had always enlivened his playing. (source: https://www.npr.org/2008/03/19/88488393/zoot-sims-brother-of-swing )

I do not own the copyright to the music, the recording and the photos.  (Image post and video art were appropriated from the vinyl album Zoot Sims Quartet.) This video is posted for educational use under Section 17 U.S. Code § 107. Limitations on exclusive rights: Fair use.