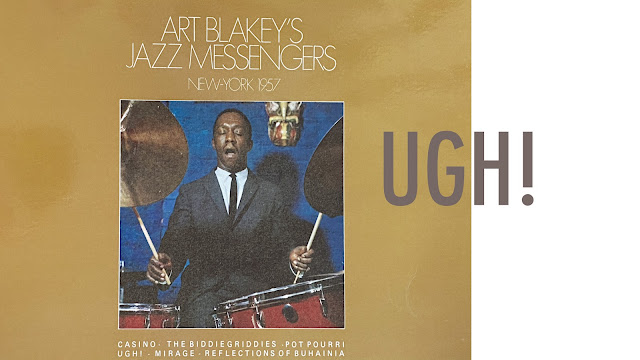 Blakey taught himself to play the piano while he was a teenager and performed on piano (and later drums) in jazz clubs in the evenings while working in the steel mills by day. Beginning in 1939, as a drummer, he performed with several bands, most notably (1944–47) with that of Billy Eckstine. Among the artists he met and performed with during that period were Dizzy Gillespie, Sarah Vaughan, Charlie Parker, Dexter Gordon, and Billie Holiday.

I do not own the copyright to the music, the recording and the photos. (Image post and video art were appropriated from the cover of the album.) This video is posted for educational use under Section 17 U.S. Code § 107. Limitations on exclusive rights: Fair use.