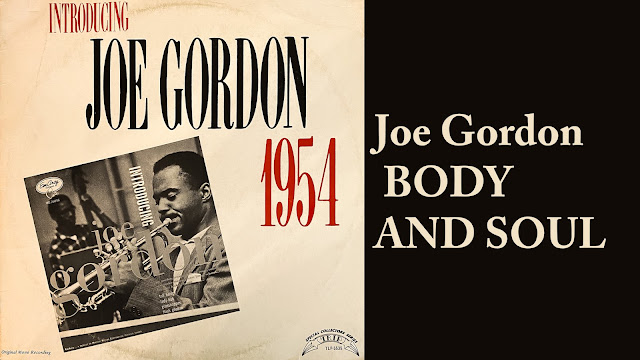 Joseph Henry Gordon (May 15, 1928, in Boston, Massachusetts – November 4, 1963, in Santa Monica, California) jazz trumpeter. His first professional gigs were in Boston in 1947; he played with Georgie Auld, Charlie Mariano, Lionel Hampton, Charlie Parker (1952–55 intermittently), Art Blakey (1954), and Don Redman. In 1956 he toured the Middle East with Dizzy Gillespie's big band; he was a soloist on "A Night in Tunisia". Following this he played with Horace Silver.

After moving to Los Angeles, he recorded with Barney Kessel, Benny Carter, Harold Land, Shelly Manne (1958–60) and Dexter Gordon. He recorded as a bandleader for two sessions, and appeared on one recording with Thelonious Monk.

I do not own the copyright to the music, the recording and the photos. (Image post appropriated from original LP cover.) This video is posted for educational use under Section 17 U.S. Code § 107. Limitations on exclusive rights: Fair use.