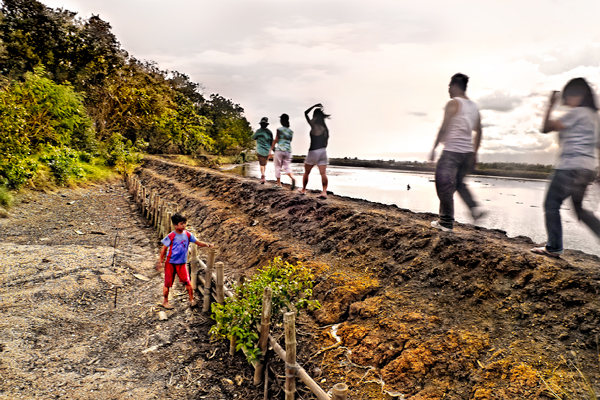 The boy came to his own but his own did not know him. The people have changed. They have exchanged their rural values to cosmopolitan plasticity. They are always on the go. Always on the rush. To where? They don't even know. All they know is they have to go.

As fate would have it, in the not so distant future, the boy would come face to face with Joseph Kony, Che Guevara and Dalai Lama. What would he say to them?

And if you look closely, you will see that there is a black rabbit on the pond. The black rabbit watched the boy for a long time. In fact, very long that trying to stay afloat on the pond was giving her some cramps. The rabbit is the reincarnated Gene Wilder. (Gene Wilder became a female rabbit in his other life.) As the crowd left, she approached the boy and told him, "what is essential is the invisible."

"It should be. I borrowed it from the Little Prince."