The Meaning of Onions (Part II) 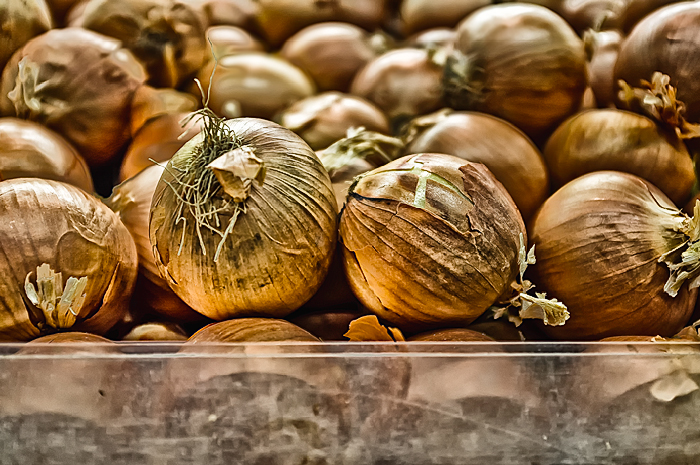 I thought I would further test the Fujifilm Finepix x100. So when Rose and I went to the market the other day, I decided to perform my test there. This time I focused on some vegetable macro shots. The x100 is ideal for stealth situation because it’s a small enough to be unnoticed but performs well like most DLSRs with APC sensors. One trick I've learned is I would wear the camera on my neck and shoot without lifting the camera. Just face the subject and push the shutter button from where the camera is hanging. It takes some practice but can be very effective. Some call this style "shooting from the hip." I call it "shooting from the belly." Just prop the camera where the fat belly protrudes and you're all set. The bigger the belly the more stable your camera will be.


After a few shots, I could tell that Rose was getting nervous. It would only be a matter of time until somebody approaches me and calls my illicit activity. After all, it's mostly illegal to take pictures of products in shops. I guess that makes me a petty criminal (heh). Fortunately, that concern never materialized, and I was able to take some good test shots.

My conclusion: The x100 does fairly good macro shots... considering that the images are fake. You see, the lens is not truly a macro lens. The camera electronically converts the image with some kind of algorithm, and gives the image an appearance that it was shot at close range.
Email ThisBlogThis!Share to TwitterShare to FacebookShare to Pinterest
Labels: camera review, food, Fujifilm Finepix X100, macro, still life
Newer Post Older Post Home