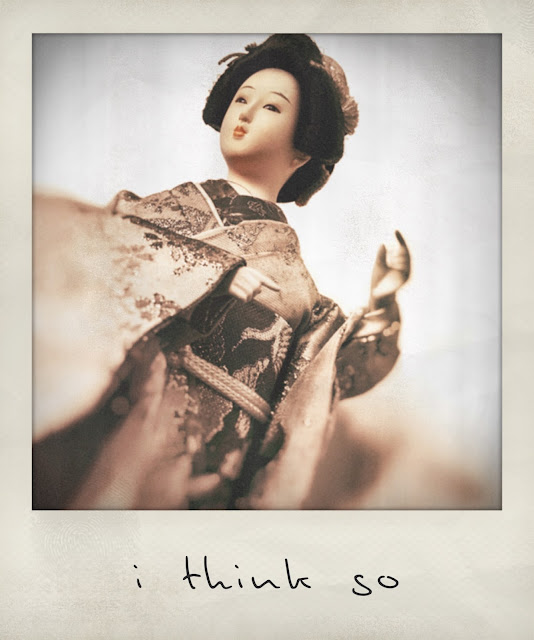 Which one is better?  It really depends on your taste and aspect ratio format.  I tend to use the Polaroid FX when I prefer to maintain a 4x5 aspect ratio.  The Instant Mobile is limited to square format.  So if your image is not square, then it will force it to be one.  At times, this can look cool.  But not always.

The Polaroid FX has a variety of simulated films but very limited textures compared to the Instant Mobile, which I prefer as far as customizing the texture.  One can apply random dirt and fingermarks, as well as increasing or decreasing the amount of crease damage.  Very cool.  But it has only one film format.

Another thing I don't like is that the Instant Mobile takes a longer time to process.  Like a regular Polaroid photo, one has to wait a minute or so before the image appears.  The app even tells you to shake or to blow on the image to make it faster - just like the way Polaroids work.  I think it is just a gimmick.  It doesn't make it faster in my opinion although I haven't done a scientific test to back it up.  On my iPhone, the light goes up the whole time while I'm working on the app.  This is irritating, and decreases my battery level.  Not sure why it was designed this way.

Both of the apps offer a variety of pre-set filters.  I find that some of the filters do not mimic the Polaroid look so for me there are only a few that are useable.

The apps are relatively inexpensive.  It's cheaper than buying the real deal.  The 10 pack Impossible Project is at least $20.  The Fujifilm is a little over $10.  Plus one has to scan the image if it were to be shared on-line.  Using Polaroid FX and the Instant Mobile would be the faster way to go in my opinion.  I know.  Purists will hate me for saying this.