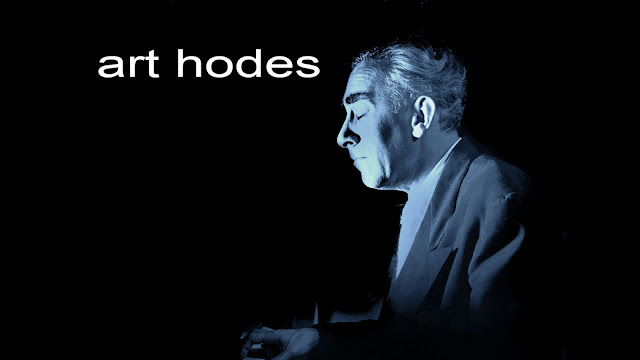 Art Hodes Plays Sugar Foot Stomp (Joe Oliver, Walter Melrose)
The album is Jazz Classics Original Blue Note Jazz, Volume 1 featuring Edmond Hall on side 1 and Art Hodes on side 2. Side 1 recorded in November 29, 1943, side 2 recorded in June 1, 1944. Published in 1952 and 1962. It's amazing that copies of this album are still out there. My copy is falling apart.

Arthur W. Hodes (November 14, 1904 – March 4, 1993), known professionally as Art Hodes, was an American jazz pianist. A committed jazz traditionalist, Hodes was often at odds with proponents of the bebop movement in the 1940s. One of his forums was a radio program on WNYC out of New York City. He also published and wrote for the magazine Jazz Record; his columns appear in the collection Selections from the Gutter (1977). [excerpt from Britannica https://www.britannica.com/biography/Art-Hodes]

I would categorize the songs performed by Hodes in this album in the style of New Orleans jazz. Others who are familiar with Art Hodes mightdisagree and would say he belongs to the Chicago style jazz. And yet, Hodes considered himself a swing man, a jazzman who typically would be associated with big bands. "I was always a 'swing' man," Hodes wrote in 1988. "But I could also play it pretty."

I left some parts of the vinyl scratches in reproducing the songs in this album. I felt that the noise added to the era of smoked filled dance floor, champagne and cocktail glasses clinging, and the swinging vibe of glamour culture. Personally, I felt a lot of the hype was shallow - hiding behind sophistication and idiocy - reminiscent of the Dada Movement. But let me not get too far ahead of myself. The point of listening to the song is reimagining jazz as it were back then. As a side note, the music style was probably waning when the songs were recorded in 1944.

I do not own the copyright to the music, the recording and the photos. (Video Artwork was appropriated from William Gottlieb/Library of Congress and the album Art Hodes – I Remember Bessie. The video clip of spinning turntable is from Atakan Ozkan https://www.pexels.com/@atakan-ozkan-1068907.) This video is posted for educational use under Section 17 U.S. Code § 107. Limitations on exclusive rights: Fair use. Hope you enjoy.

You may also be interested in Art Hodes Sweet Georgia Brown and Squeeze Me.