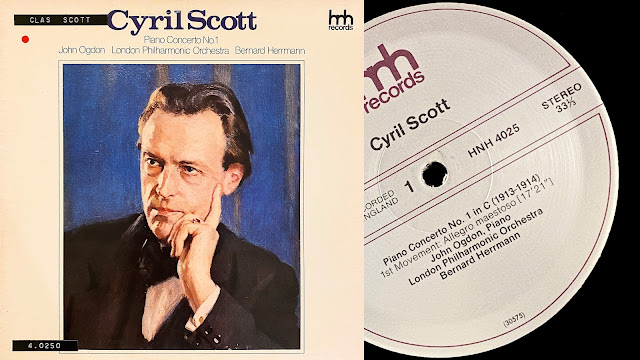 Cyril Scott (27 September 1879 – 31 December 1970) was called the "Father of modern British music" by Eugene Goossens, British composer and conductor. His experiments in free rhythm, generated by expanding musical motifs, above all in his First Piano Sonata of 1909, appear to have exerted an influence on Stravinsky's The Rite of Spring (see The Cyril Scott Companion, pp. 45-47). Others would call him 'the English Debussy. The music here is from one of his orchestral compositions, the First Piano Concerto (1913–4). Performed by John Ogdon on the piano, Bernard Herrmann conducting the London Philharmonic Orchestra. I do not own the copyright to the music, the recording and the photos. (Image post and video art were appropriated from the original album.) This video is posted for educational use under Section 17 U.S. Code § 107. Limitations on exclusive rights: Fair use. Hope you enjoy. sDg. #classicalpiano #classicalpianomusic #pianoconcerto