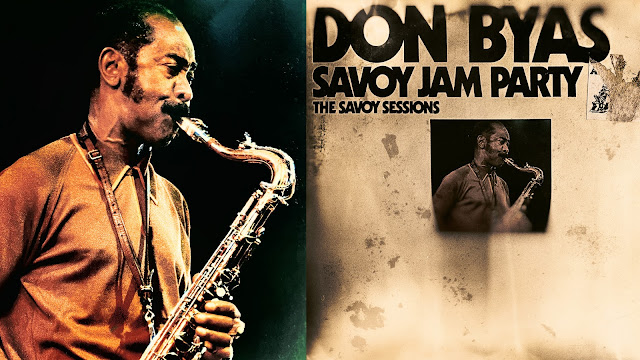 "If a composer could say what he had to say in words he would not bother trying to say it in music." - Gustav Mahler Don Byas, tenor sax Recorded July 28, 1944, The Savoy Sessions One of the greatest of all tenor players, Don Byas’ decision to move permanently to Europe in 1946 resulted in him being vastly underrated in jazz history books. Whenever American players were touring in Europe, they would ask for Byas, who had opportunities to perform with Duke Ellington, Bud Powell, Kenny Clarke, Dizzy Gillespie, Jazz at the Philharmonic (including a recorded tenor battle with Hawkins and Stan Getz), Art Blakey, and (on a 1968 recording) Ben Webster. Byas also recorded often in the 1950s, but was largely forgotten in the U.S. by the time of his death. Despite his bebop associations, Byas always remained deeply rooted in the sounds of swing. He started out by emulating Coleman Hawkins, but Byas always cited Art Tatum as his greater influence: “I haven’t got any style, I just blow like Art”. - (Excerpt Jazz Giants) : : I do not own the copyright to the music, the recording and the photos. (Image post and video art were appropriated from the original album.) This video is posted for educational use under Section 17 U.S. Code § 107. Limitations on exclusive rights: Fair use. As much as possible, I attempted to remove most of the pops and crackles from the original vinyl album . Hope you enjoy. INXDS #bebop #jazz #vinylrecord