One November in Salado Creek, Texas 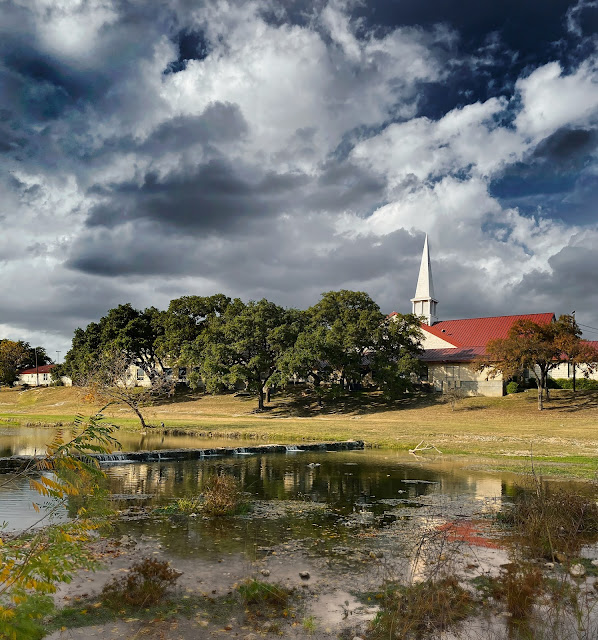 Salado Creek was given its name in 1716 by Spanish explorer Domingo Ramón. It has been the site of two battles in Texas history, including the 1813 Battle of Rosillo and the 1842 Battle of Salado Creek following the Texas Revolution.

In 1859, the Salado College Joint Stock Company was created by Col. Elijah Sterling Clack Robertson, who donated 320 acres north and south of the springs to be broken into lots and form the village of Salado, with the proceeds of the sale going to form Salado College, perhaps one of the first coeducational colleges in the States.  The college operated from 1860-1885 and 1895-1913

From 1866 to 1885, the famous Chisholm Trail cattle drove passed through this area, with the Stagecoach Inn being one of the stops. The trail was used in the post-Civil War era to drive cattle overland from ranches in Texas to Kansas.

Along the creek is Barrow Brewery where Rose and I spent one afternoon in November to celebrate my birthday.