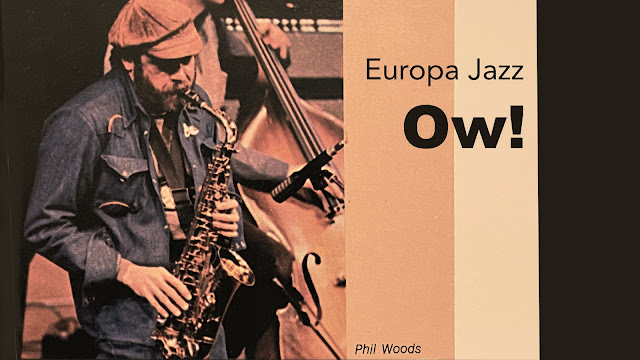 "Perfer et obdura, dolor hic tibi proderit olim." (Be patient and tough; someday this pain will be useful to you.) - Ovid, 43 BC-17 AD, Roman poet

From the vinyl album Europa Jazz. Perhaps Phil Woods's best known recorded work as a sideman is Billy Joel's 1977 song "Just the Way You Are". He also played the alto sax solo on Steely Dan's "Doctor Wu" from their 1975 album Katy Lied, as well as Paul Simon's "Have a Good Time" from the 1975 album Still Crazy After All These Years. : : I do not own the copyright to the music, the recording and the photos. (Image post and video art were appropriated from the original album.) This video is posted for educational use under Section 17 U.S. Code § 107. Limitations on exclusive rights: Fair use. As much as possible, I attempted to remove most of the pops and crackles from the original vinyl album . Hope you enjoy. INXDS #bebop #jazz #vinylrecord