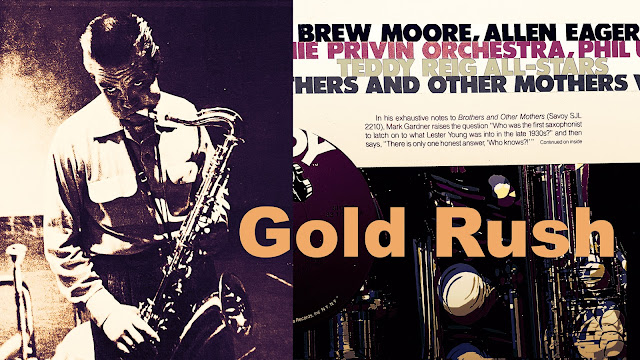 "If you're listening to a rock star in order to get your information on who to vote for, you're a bigger moron than they are." - Alice Cooper From the vinyl album Brothers and Other Mothers Milton Aubrey "Brew" Moore (March 26, 1924 – August 19, 1973), was an American jazz tenor saxophonist. Moore told critic Ralph Gleason in 1954, "The idea of playing for me is to compose a different, not always better I'm afraid, melody on the tune and basis of the original song, rather than construct a series of chord progressions around the original chords." An idea the more pre-bop inclined Gleason clearly approved of, noting that Moore "has two absolutely golden gifts. He swings like mad and he has soul . . . he also has a priceless gift for phrasing. . . . When Brew says it, he says it simply, but it rings true." I do not own the copyright to the music, the recording and the photos. (Image post and video art were appropriated from the original album.) This video is posted for educational use under Section 17 U.S. Code § 107. Limitations on exclusive rights: Fair use. As much as possible, I attempted to remove most of the pops and crackles from the original vinyl album. Hope you enjoy. INXDS. #bebop #jazz #vinylrecord #quoteoftheday