Vintage Model T Ford or Why I Love My Diana 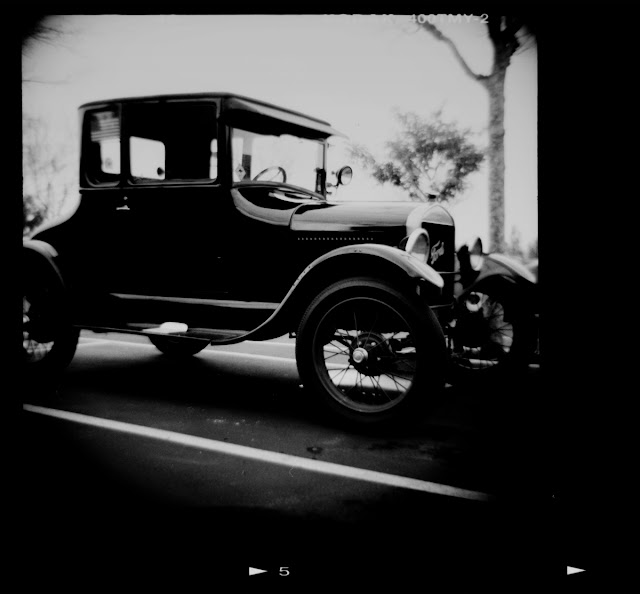 Got to love the Diana.  It's sometimes referred to as a toy camera because all the parts are made of plastic including the lens.  If I took it to a photo op for portraits or weddings, people would laugh at me.  Yes, it's silly.  It doesn't even have a real view finder.  It's basically an early point and shoot film camera.  It takes the 120 format so the resolution is better than the 35mm film.  Found this vintage Model T Ford while going to work decades ago.  I had to retrieve the image from the archive because I am into film photography again.  Unfortunately I lost the lens.  A brand new Diana would fetch for $100 US.  I think I bought mine for $30 back then.