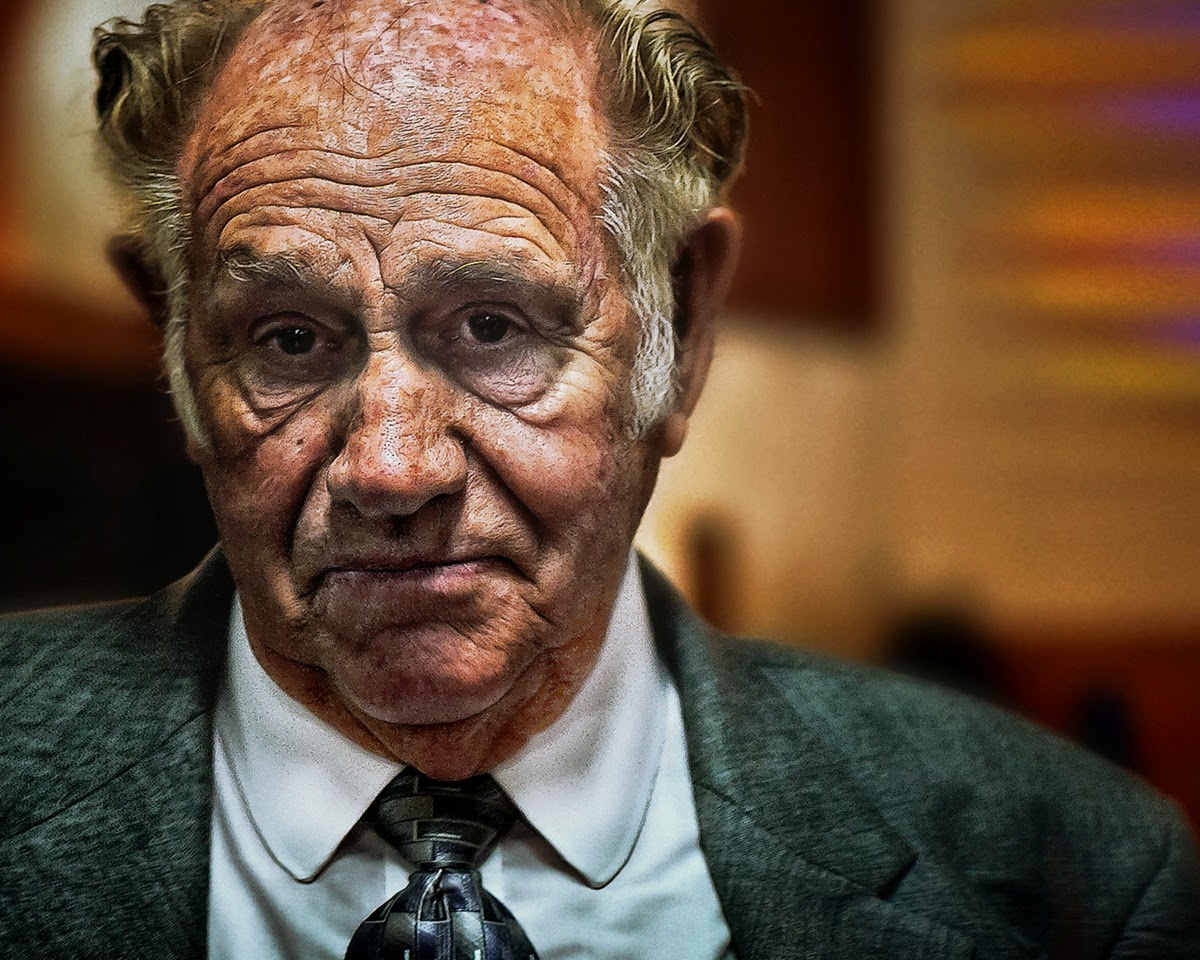 The great Magnum photographer Elliot Erwitt once said that it is better to shoot an iconic picture rather than a good but boring one. I certainly would not call this image iconic – although in a few years maybe it will – only time will tell.  One can only aspire.

I am almost sure that Pete would not like this photo.  Even then, I was pleasantly surprised by the result. I thought that the lighting was bad as it was mostly florescent predominantly coming from the top but I think the warm backlighting helped. The classic Nikkor 50mm from my Rose's vintage Nikon FE may have contributed to the wow factor. Despite using a crappy 8 mp Canon Rebel XT, the combination of the lens and the camera as appointed by providence all contributed to this shot.

I used an old Nikkor 50mm lens (truly a great glass on this one - that's why I used it) which was designed for the film SLR. So everything is operated manually including the focus. Without the benefit of the auto focus and split screen I just eyeballed the shot and went for broke. Since this was a stolen shot and the environment was a bit dark, it made shooting more difficult. So yea I wished I had focused on the eyes but focusing on the wrinkles is the next best thing :-)

I also liked the colors on this one. It's not often that I render my portraits in color as I'm partially color blind but I think this one works for me. I did render the image in B&W but this version is my fave.
Repost from August 19, 2014