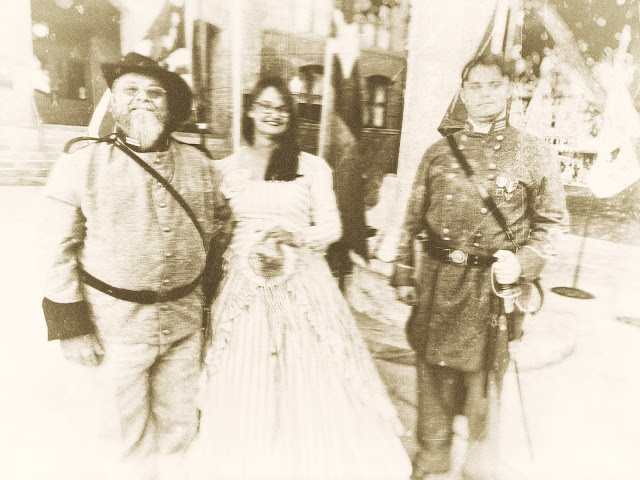 Margie McGhee (lovely southern gal in the middle) managed to insert herself in history by traveling back to Georgetown, Texas in 1862 to defend the Courthouse during the American Civil War -  a civil war in the United States from 1861 to 1865, fought between northern states loyal to the Union and southern states that had seceded to form the Confederate States of America.  Years later, the same building became the place to successfully prosecute members of the the Ku Klux Klan.  District attorney, later governor, Dan Moody prosecuted four Klansmen for their roles in the kidnapping and beating of Robert Burleson, a white traveling salesman who had defied a Klan warning to leave town.  This same building is now the target of some leftists who want to take down the building monument - not knowing the history around this building.

Please do not believe anything that you just read.  Hope your day is going well.