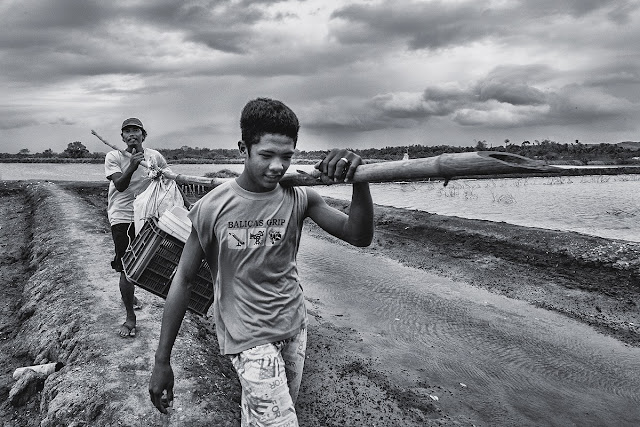 Esteban, the man at the rear, seems to have received the raw end of the deal after losing to Boy Botong in game of rock-paper-scissors.  Now he gets to carry the heavier side of the load.  What Esteban didn't know was that the boy was ranked No. 2 in the World's Hand Game Competition.