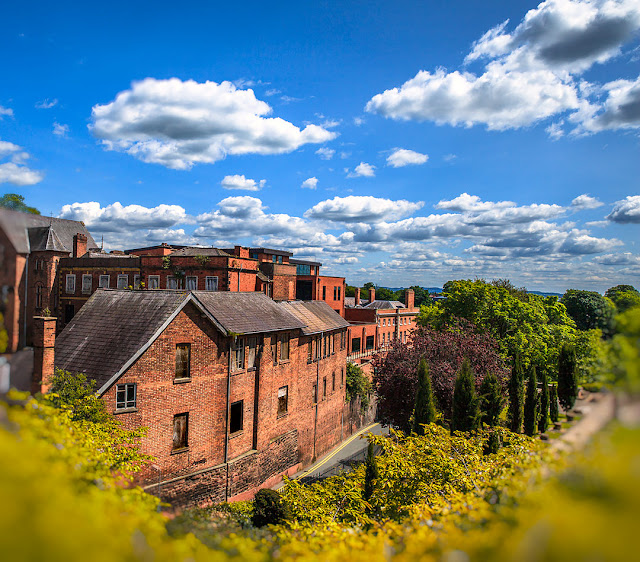 I was going through some image files that I have not edited and found this gem. So I thought I would share it.

A small village in Chester, England.  I dig the harmony between the bricks and the foliage surrounding the buildings.  Most of the buildings appeared to be abandoned.  Our tour director drop us off where the scenic view is picture perfect.  Of course, everybody in our group took out their cameras and mobile phones to take a picture of the place, though we weren't sure what was its historical significance.  Our tour director told us that most of the bricks used in the building were from the Hadrian's Wall.  Apparently, when the Romans left England, the town people realized there was no real need for the wall, so they remove the bricks from the wall and used them to build their houses.  This process is now called Recycling.

Taken in 2016 with the 24-70mm lens attached to the Canon EOS 5d Mark ii.  This would be the last trip that I would be taking this heavy camera.
Email ThisBlogThis!Share to TwitterShare to FacebookShare to Pinterest
Labels: 24-70 EF 2.8 ii, architecture, Canon 5d Mkii, Great Britain, Trafalgar, travel
Newer Post Older Post Home